France, or the French Republic, is located in western Europe, with many overseas regions and territories. Metropolitan France extends from the English Channel and North Sea to the Mediterranean Sea and from the Atlantic Ocean to the Rhine, bordering Luxembourg, Germany, Belgium, Switzerland, Italy, Spain, Andorra, and Monaco. In 2020, the population in France is estimated to be around 65.27 million.

France has an estimated 2016 metro population of 64,750,000, which does not include overseas territories. Combined, the territories add an additional 2 million people. Metropolitan France has a population density of 117.37 people per square kilometer, which ranks 95th in the world.

Paris is the largest city and capital of France. The City of Paris has just 40 square miles of land with a population of 2.24 million in the city limits, and the most populous urban area in all of the European Union. The city proper has a density of over 21,000 people per square kilometer. The much larger Paris Region, with 4,638 square miles of land, has its own president and regional council with a population of 12 million. This accounts for 18% of France's total population.

For a country of such size, it is surprising that there is only one city proper with a population exceeding 1 million. The largest cities in France include:

A law from 1872 prohibits the French Republic from conducting a census by making any official distinction between its citizens in terms of race or religious beliefs, so French demographics can be a bit hard to determine. In 2004, it was estimated that 85% of the population of Metropolitan France was white or of European origin, with 10% from North Africa, 3.5% Black and 1.5% Asian.

This law does not apply to surveys or polls, and a marketing company called Solis estimated numbers of ethnic minorities in 2009 as 5.23% Maghrebis, 2.94% black (a majority from Sub-Saharan Africa) and 0.71% Turkish.

In 2010, 27% of newborns in Metro France had at least a single foreign-born parent. Most French people today are of Celtic origin. The country has experienced large-scale immigration over the last 100 years. It's believed that 40% of France's population is descended, at least in part, from the waves of immigration since the start of the 20th century.

France is one of the least religious countries in the world. According to a 2016 survey from Institut Montaigne, 39.6% claimed no religion. Slightly more than half (51.1%) identify as Christian, 5.6% identify as Muslim, and under 1% (0.8%) are Jewish.

When we compare these numbers to 1986, a few trends become apparent. The percentage of French people identifying as non-religious has exploded in the past 30 years, from 15.5% to nearly 40% today. The other trend is the increasing Muslim population in France. According to a Pew Research Study of Islam in Europe, an estimated 8.8% of the French population is Muslim. This is higher than the estimate from Institut Montaigne, and would be the highest percentage in Europe. The Muslim population is expected to continue its growth in France due to migration, conversion, and high rates of natural increase. Immigration has become an important political issue in France, and this will likely continue moving forward.

Like many of its neighbors, France represents a huge attraction for immigration and when statistics were released in 2008, it was reported that 11.8 million foreign-born immigrants and their immediate descendants were residents in the country; a figure which accounted for around 19% of the total population of the time.

Exact figures in relation to this are slightly hampered by the fact that it is illegal for the French state as an entity to compile statistics when it comes to race and ethnicity. Data in relation to this is therefore supplied by independent agencies such as INED and INSEE.

What is clear however is that France’s population is growing quite significantly. The large discrepancy in the birth and death rate shows no signs of narrowing and as such, it will be fascinating to see the results from the next national census.

During the Middle Ages, France was home to a quarter of the entire European population. This changed in the later centuries, more because of the growth of surrounding nations than a population decline in France. By the 1700s, France was home to 20% of European people, and by the 20th century, they were overtaken by other countries like Germany and Russia. The French population increased significantly during the baby boom following World War II and has experienced fairly steady growth in the years since.

The figures reported in 2011 confirmed that France as a whole was growing at a faster rate than most other countries across the globe. In fact, its natural growth, which excludes any immigration figures, accounted for nearly the whole of the natural growth recorded in the European Union in 2003.

The birth rate exceeded the death rate by a considerable amount -- 302,432 in 2006 which was the highest recorded figure since 1973. Further contrasts in the rates led to the final figures declared in the 2011 census. The country also has the second highest number of children per family in Europe; 2.01 when the last figures were announced.

Metropolitan France is expected to see its population grow by another 9 million people over the next 40 years, placing the country's population around 72 million by 2050. To reach this projection, fertility rates will need to stay about the same, mortality will need to decrease, and net migration will need to remain about 100,000 annually.

With its population growing despite decreases in many of its neighboring countries, France is finally back in the race to be the most populous country in Europe. By 2050, it's expected that Germany will have just 70-74 million (compared to 2012's 82 million), while Britain's population will be about 73 million, compared to today's 63 million.

How Many People Live in France? 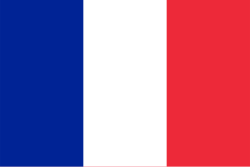 Metropolitan France is expected to see a population that grows by another 9 million people over the next 40 years, placing the country's population around 71 million by 2050. To reach this projection, fertility rates will need to stay about the same, mortality will need to decrease, and net migration will need to remain about 100,000 annually.

With its growing population despite decreases in many of its neighboring countries, France is finally back in the race to be the most populous country in Europe. By 2050, it's expected that Germany will have just 70-74 million (compared to 2012's 82 million), while Britain's population will be about 73 million, compared to today's 63 million.