“The Kingdom of the Netherlands” is its official name, and what the locals call “koninkrijk der Nederlanden” is an integral part of the Kingdom of the Netherlands. The country is often called “‘Netherlands” or in Dutch, “Nederland.” The north and western areas of Netherlands border the North Sea. It has Belgium to its south and on its east is Germany. It also shares the Maritime Borders with Belgium, Germany and the UK; these borders are the theoretical boundaries drawn to separate the Earth’s water surface areas.

According to the statistics of 2013, Netherlands contributes to about 0.24% of the total world population, which makes it the 62nd most populated country in the world. The majority of its people are Dutch. According to July 2013 estimates, the country had a total population of 16.73 million. These statistics are generated by the census authority in Netherlands. The name of this statistical agency is “Centraal Bureau voor de Statistiek.” The estimated population in 2020 is 17.13 million, which ranks 69th in the world.

Much of the Netherlands' northern and western border sits along the North Sea, and it is otherwise touched by Germany and Belgium in northwestern Europe. Based on the 2019 population of 17,132,068, the population density of the Netherlands is 1044 people per square mile (412 people per square kilometer) – placing the country at 16th in the whole world. This is spread over the country’s 16,412 square miles (41,526 square kilometers) of surface area.

Largest Cities in the Netherlands

The capital of the country is Amsterdam, which originated from a small fishing village in the late 12th century. The city later was known among the most significant ports of the world, especially in the Dutch Golden Age when the country made significant developments in the trade business. Geographically, Netherlands is a low-lying country - about 20% of its total area, which is 41,543 km2 and which has about 21% of the country’s total population, lies below sea level. And 50% of the country’s total area is located lower than or only one meter above sea level.

Amsterdam, the capital of Netherlands, is by far the most populous city of the whole country. Its population alone is around 7 million compared to the 16.73 million of the country’s total population. This figure is comprised of 80,200 people living within the city limits, 1,557,905 in the urban area and 2,332,839 people in the metropolitan area.

The religions that are practiced by the population of the Netherlands are varied, let's take a look at the World Factbook stats from a 2015 estimate: Roman Catholic 23.7%, Protestant 15.5% (includes Dutch Reformed 6.5%, Protestant Church of The Netherlands 5.7%, Calvinist 3.3%), Islam 4.9%, other 5.7% (includes Hindu, Buddhist, Jewish), and no affiliation at 50.1% of the population.

The Netherlands has an extremely robust economy and is the 18th largest in the world- which is very impressive for a country of only 17 million. More than 25% of the EU's natural gas supply comes from the Netherlands, and the industry has been the country's strongest since the discovery of their supply in 1959. Their economy is knowing for having a high GDP per capita ($48,860 US dollars), low unemployment, and great international relations.

There are a few factors that one can examine to gain a better understanding of the quality of life in any country. Here, healthcare, literacy, and improved access to water and sanitation will be explored. In terms of health, 10.9% of the national GDP is spent on the healthcare sector, resulting in a fair density of resources - there are 3.48 physicians available per 1,000 residents and 4.7 hospital beds available per 1,000 individuals within the population. 100% of the population has access to clean drinking water, yet still 2.3% of the population struggle with access to improved sanitation facilities. When we turn to literacy, 99% of the population over the age of 15 is literate, and this likely results partly from a 5.5% GDP expenditure in the education sector.

How Many People Live in Netherlands? 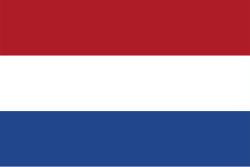 The population of Netherlands is expected to rise. According to calculations, it is anticipated that over 1 million more people will dwell in the country in the next 30 years’ time, after which the population will start to decrease again. It is also reported that the Dutch population will reach 17.5 million by 2038.

The forecast held in 2006 illustrated growth to a maximum of 17 million total population in the country, but the growth rate has been greater than what was predicted. It is now expected to behave in a similar way in the future as well.