The country of Pakistan has a history that dates back to almost 2,500 years B.C. It is considered to be one of the most highly advanced and highly developed civilizations of those ancient times. Finally becoming a sovereign state (and eventually recognized as an official mark on the map of the world) on August 14, 1947, this country is known for having deep roots in the Islamic religion. The country’s capital is Islamabad, and the country features four different provinces: North West Frontier Province, Sindh, Balochistan, and Punjab.

Pakistan has an impressive 10 cities with populations exceeding one million, but the two largest by far are Karachi and Lahore with populations of 14,916,456 and 11,126,285 respectively. The third largest is Faisalabad, with a population of 3,204,726. The remaining seven countries over 1 million listed in order of their respective sizes are Rawalpindi, Gujranwala, Peshawar, Multan, Hyderabad, Islamabad, and Quetta.

There have been very drastic and dramatic social changes in Pakistan. These vital changes have ushered in a new era of urbanization and the creation of a couple of megacities within the country. As of 2003, the country became one of the most urbanized cities in all of South Asia, mainly because city dwellers made up about 36 percent of its entire population at that point. About 50 percent of Pakistani citizens live in a place where at least 5,000 other citizens reside as well.

English is widely spoken throughout the government of Pakistan, mainly because it is actually the official language of the government of the country. Many government officials, civil servants, and members of the military speak English in their daily conversations and their meetings.

In the year 1984, the life expectancy of a Pakistani citizen was only at 56.9 years. As of the year 2002, the life expectancy has jumped up to 63 years of age. The improvement was a direct result of improved medical facilities and better educated health professionals available in the country. The downside, unfortunately, is that doctors and nurses are still in short number for the citizens that need them. There is only 1 nurse for every 3,700 people in the country. There are approximately .6 beds per 1,000 individuals residing in Pakistan as well. If the country is looking to improve health among its citizens and continue to grow their life expectancy rate, then the number of available doctors and nurses needs to continue to grow. If these numbers do not improve, then the people of Pakistan will actually see their life expectancy rate dip back down to the numbers of the mid 1990’s (59 years of age).

In addition, the median age is only 23.8 years of age.

The access to clean drinking water and improved sanitation services are also important factors to consider in terms of quality of life. 91.4% of the population has improved access to clean drinking water while 8.6% still have unimproved access. When it comes to sanitation access, only 63.5% of the population has this available, while 36.5% still struggle.

To break this down even more specifically, the population of Pakistan grew, on average, at a rate of 3 percent per year from 1951 until the middle of the 1980’s decade. From the mid 1980’s until the year 2000, the growth of the population slowed down to about 2.6 percent per year; and from 2000 to 2012, to about 2 percent per year. The reason for this slow population increase may be that the country spent a lot of time and effort to slow down the population growth. As a result of these efforts, it is a lot poorer than what is was a long time ago. If it did not make any effort to slow down its population increase, then there would actually be 49.13 million MORE people in the country than the current reports. But on the other end, they would also be a lot richer as a country. In other words, Pakistan, had it not slowed down its population increase, would actually be 52 percent richer than it is right now. Obviously, history cannot be changed, so the efforts have been switched to educating its population instead.

Since the year 1947, when the country became a sovereign state, the population of Pakistan has increased significantly, particularly because more and more people felt comfortable moving their families and businesses to the area. Compared to the other countries in the region, the growth rate of Pakistan is about 2.1 percent higher. It is predicted that in about 35 years, if this growth continues, the population of Pakistan will eventually become double of what it was back in 2001. Judging from how the population has grown significantly over just ten years, this “doubled population” figure does not seem to be far off.

Source: By M. Umair [CC BY 2.0 (https://creativecommons.org/licenses/by/2.0)], via Wikimedia Commons

How Many People Live in Pakistan? 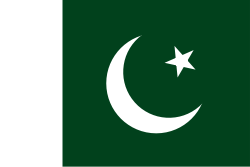 According to a lot of expert predictions and projections based on trends and statistics, among many other factors, by the year 2050, there will be close to 9 BILLION people populating the planet. Out of those 9 billion, they project that about half of the world’s population will reside in the following countries: China, the United States, India, Ethiopia, Nigeria, Uganda, the Congo, Bangladesh, and, of course – you guessed it – Pakistan.