The last national census of the South African population was carried out in 2011.

The findings in 2011 suggest that there had been a significant rise in numbers over the course of the previous ten years and that the South African population had finally hit the 50 million mark, making it the 24th largest country in the world as far as pure numbers are concerned. The estimate is 59.31 million, ranking South Africa 25th in the world.

At the 2001 Census, the final declared total for resident citizens in South Africa was 44,819,778. In terms of population density, that equated to 41.4 people living in every square kilometer of land (107.2 per square mile) and the country’s sparseness was highlighted by the fact that it was only the 169th biggest in the world for density alone.

South Africa is home to many large cities, all of which are known for their beauty and rich cultural diversity. Johannesburg is the largest with a population of 4.4 million, located in the Gauteng Province. Capetown and Ethekwini are a close second and third, with populations of 3.7 million and 3.4 million, respectively. The cities of Ekurhuleni, Tshwane, and Nelson Mandela Bay also have populations exceeding one million.

Turning to demographics, the bureau in charge of providing statistics provided an estimate in 2010, which included five racial groups. Of the total South African population at the time, 79.4 percent declared themselves to be Black African while 9.2 percent were shown as White, 8.8 percent colored and 2.6 percent Indian or Asian. There was a final category shown as unspecified / other but the results were negligible and as such were ultimately omitted.

In terms of religions across the population, 81.2% of South Africans identify with a Christian based faith, 3.7% identify with other faiths, and 15% are not affiliated with any faith in particular.

The median age across the population is approximately 27.1 years of age.

Humans are thought to have inhabited the land of South Africa for more than 100,000 years, but the population records don't reflect quite that far back. The first inhabitants were the Koisan people and the country was entirely African until Europeans began colonizing throughout the 14th and 15th centuries. The Dutch further colonized the territory during the 1700s.

Voortrekkers settled several Boer regions following the Invasion of the Cape Colony in 1795 and 1806. After the discovery of diamonds in the land in the 19th century, these people fought with the British Empire for the right to control the mines. The British were victorious and South Africa became a self-governing nation under their rule in the early 1900s.

From the years 1948-1994, South Africa was divided because of apartheid laws that segregated the indigenous people from the white minority. These tensions are still easing today.

The 2011 Census was carried out in October of 2011 and showed that the population had climbed to over 50.5 million people. That represents a rise of nearly six million people over the course of the previous ten years.

So what are the reasons for this increase? The question of immigration raises a contrasting set of views. The South African Migration Project has claimed that the country is more opposed to immigrants than anywhere else in the world. However, in 2008 it was revealed that over 200,000 refugees applied for asylum in South Africa, more than four times the number declared the year before.

Elsewhere, South Africa is also concerned about a skills drain which has seen many professionals, particularly those in the medical sphere, leave the country and seek a career elsewhere.

How Many People Live in South Africa? 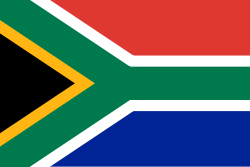 There are no clear indicators to suggest that the population of South Africa won’t continue its growth and by the time the next Census is carried out in 2021, numbers could have reached sixty million.