The colors of the flag are used to represent the national parties of this nation: the People’s United Party and the United Democratic Party. The flag of Belize also features the national motto, Sub Umbra Floreo. In English, this means, “Under the shade I flourish.”

The design of the flag also includes 50 leaves. These leaves are used in reference to 1950 – the year that the People’s United Party gained power.

The field of Belize’s flag is royal blue, which is used to represent the People’s United Party. After the nation gained its independence, a red stripe at the top and one located at the bottom of the flag were added to represent the United Democratic Party.

The center of the flag features a white disk with the national coat of arms and the previously mentioned design representing the logging industry. This design includes many colors, including brown, green, light blue, and yellow. There are also 50 green leaves inside of the center white disk.

The current flag of Belize has been the nation’s only official flag. It was adopted on September 21, 1981 after the nation gained its independence.

The current design was chosen in a competition held in 1981. This design was similar to what is in use today. However, there was a red border along all sides of the flag, which was changed to one strip on top and one stripe on bottom.

Belize’s flag design is unique because it is the only national flag that prominently features humans as part of its design.

Even though the official national flag was not put into use until the 1980s, the design of the coat of arms dates back to 1907.

Prior to the unofficial flag that was used in 1950, Belize used several flags as British Honduras. 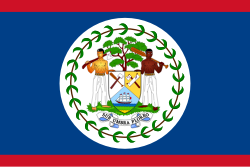 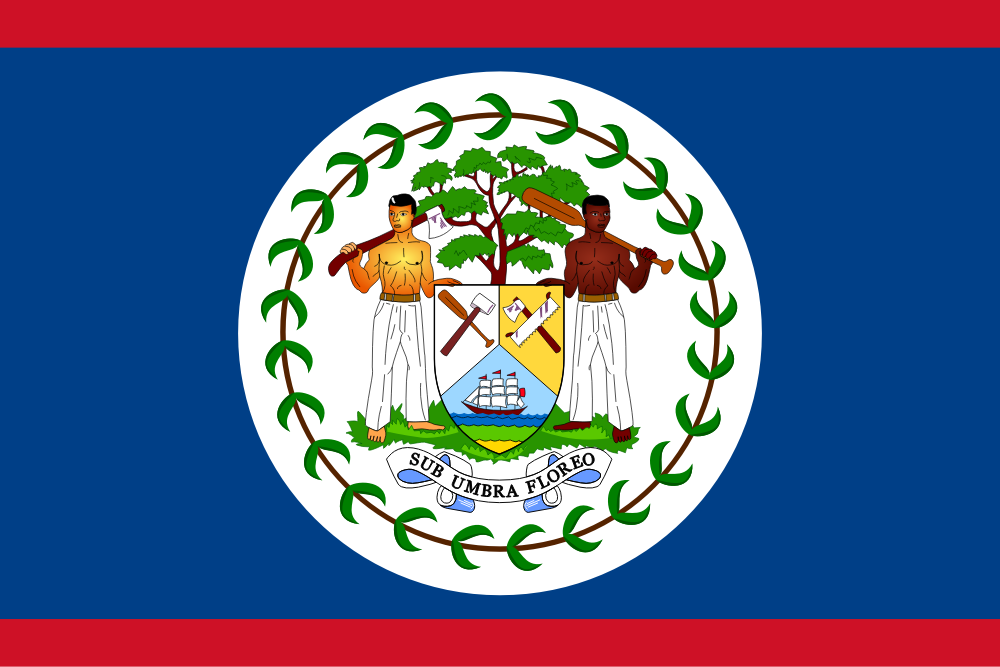