The horizontal stripes of the Costa Rican flag represent various features and characteristics of Costa Rica, such as opportunities, wisdom, peace, and the generosity of Costa Ricans. We’ll go into more detail about these colors and their meaning in the next section.

The coat of arms represents the isthmus between the Caribbean Sea and the Pacific Ocean. The coat of arms also features seven stars, which represent Costa Rica’s seven provinces. The text “Republica de Costa Rica” – or Republic of Costa Rica – is featured in this design, as well as the text “America Central,” a nod to the United Provinces of Central America.

The main colors of the Costa Rican flag are red, white, and blue. There are five horizontal bands, including one large red one in the center surrounded by two smaller white bands and two smaller blue bands.

The color red represents the generosity of Costa Ricans and the blood spilled by those defending the country. The color white represents happiness, wisdom, and peace. The color blue stands for opportunities, idealism, perseverance, and the sky.

The horizontal band design of the modern Costa Rican flag was created in 1848 following the 1848 Revolution and the French Second Republic. The coat of arms of the nation was also modified this same year and added to the flag. The coat of arms was again modified in 1906, and the flag was changed. This design has been in use since November 1906.

The Costa Rican flag is similar to the national flags of Korea and Thailand. However, Costa Rica’s flag was the first of the three to be adopted. 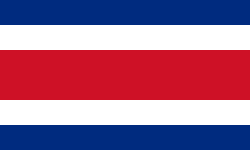 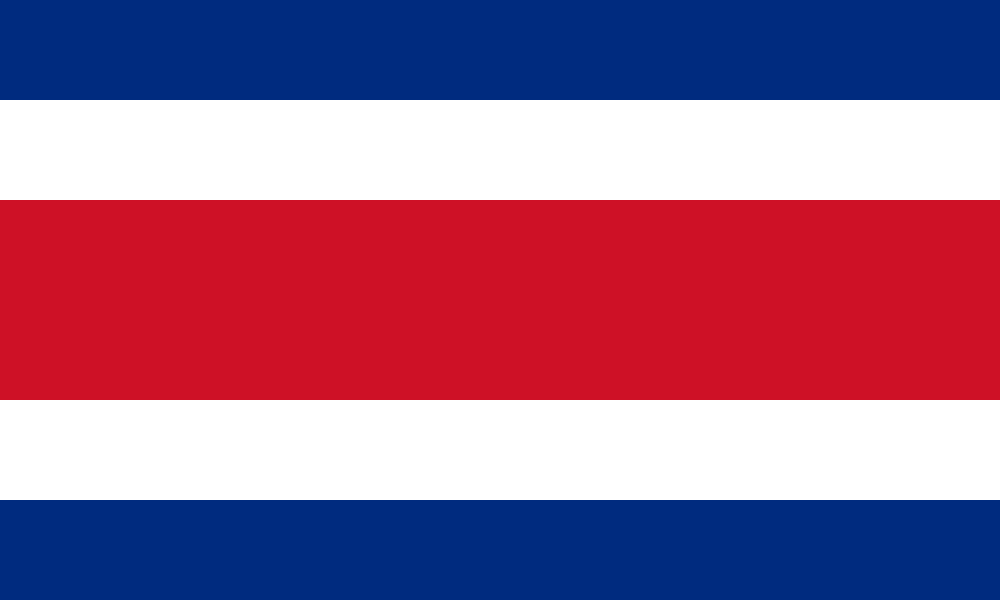