The national flag of the Dominican Republic has a design that is filled with symbolism. The colors of the flag (which will be described in more detail later) stands for characteristics including liberty and salvation.

The flag features the national coat of arms with the national motto, “Dios, Patria, Libertad,” which translates in English to God, Fatherland, Liberty. The coat of arms also features a shield with three spears, a cross, and a Bible. It is said that this Bible is open to John 8:32, which states, “And the truth shall make you free.”

Outside of the shield is a bay laurel branch on the left and a palm front on the right.

The main colors of the Dominican Republic’s national flag are red, white, and blue. A white cross is centered on the flag and stretches to all four edges. This cross creates four rectangles – one at each corner. The top left and bottom right rectangles are blue, while the top right and bottom left are red.

The color blue represents liberty. The white cross is a symbol of salvation. The red of the flag represents the blood lost by the nation’s heroes.

The national coat of arms features red, white, and blue, as well as additional colors including gold and shades of green.

Even though the flag we’ve discussed has been the only national flag, the Dominican Republic has used other flags throughout history. This includes the Cross of Burgundy flag that symbolized the Spanish Empire, the tricolor flag of France, and the flag of the First Dominican Republic.

The flag of the Dominican Republic was designed by Juan Pablo Duarte, a writer, activist, politician, and military leader. Duarte is considered a founding father of the country.

The colors blue and red were inspired by the flag of Haiti, which used to control the Dominican Republic. 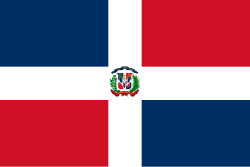 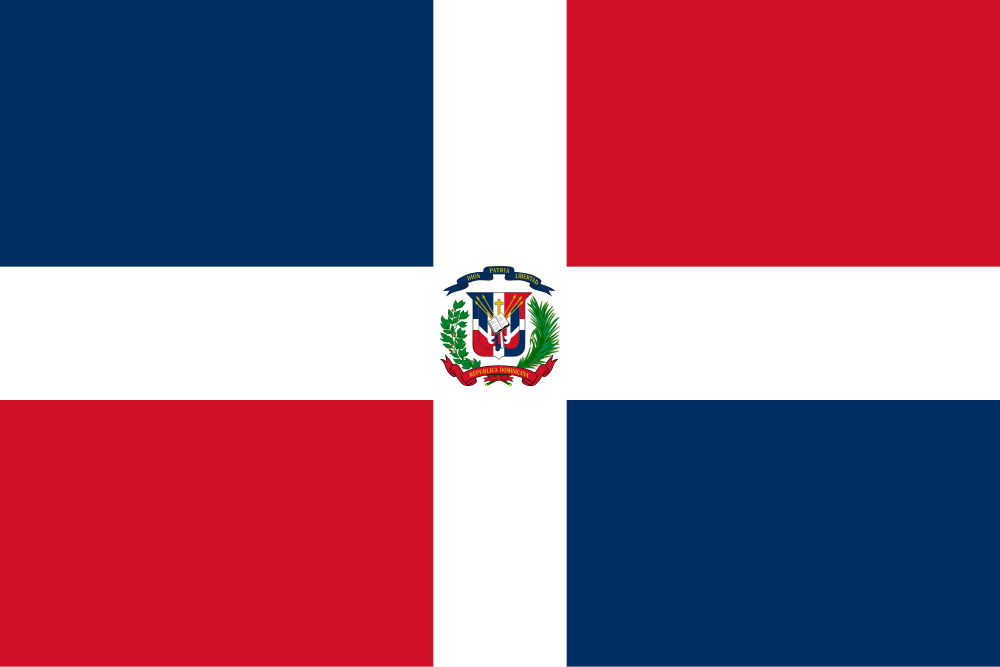