What does the flag of Haiti look like? The Haitian flag is two blue and red horizontal bands with the Coat of Arms in a white box in the middle. The motto "L'Union Fait La Force," which means "unity is strength," is printed in small text below the coat of arms. The flag of Haiti was adopted on February 26, 1986.

The most significant symbolism of the Haitian flag is within its coat of arms which is centered on the bicolor background. The coat of arms features weapons that represent the nation’s readiness to defend its freedom. This national symbol also features a royal palm that represents independence. The Cap of Liberty and the motto, “Unity Makes Strength,” is also included in the coat of arms.

There are two main colors used in the flag of Haiti. Those colors are blue and red, which are represented as a horizontal bicolor that makes up the background. The flag also features the national coat of arms in the center, which features various colors including white, red, gold and green.

Haiti’s first flag was adopted on 1803. Legend says that revolutionary leader Jean-Jacques Dessalines used a French tricolor flag to create the flag by ripping out the white center and sewing together the remaining bands.

It was in 1805 when the colors of the flag were changed to red and black before being changed again and being changed from vertical to horizontal. The coat of arms was also added to the flag.

The civil flag and ensign of Haiti do not feature the national coat of arms. 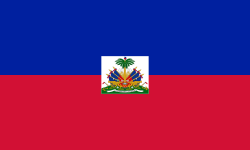 Two equal horizontal columns, with blue on top and red on bottom, with a coat of arms in a white square centered on the flag 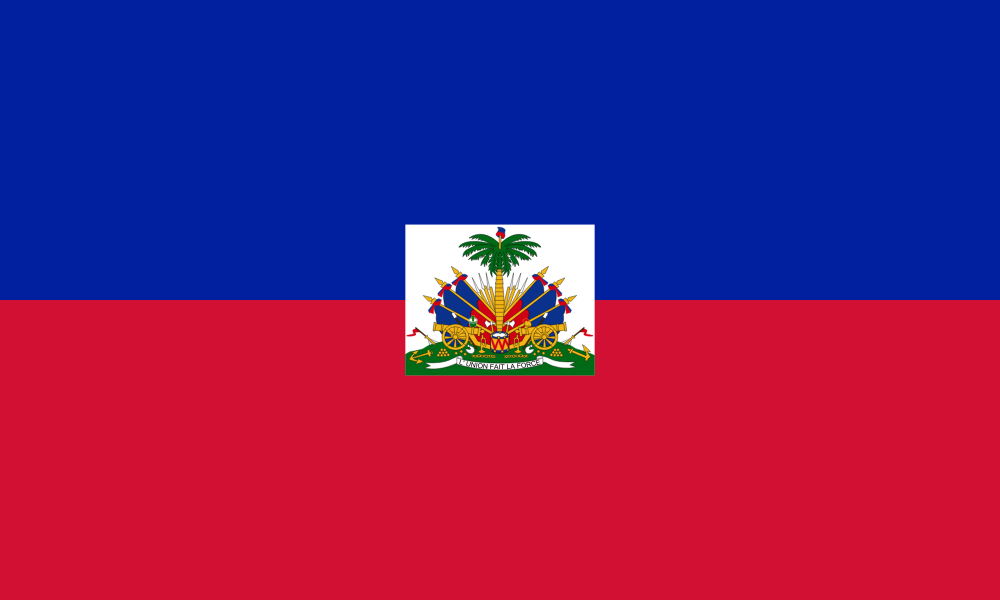