The national flag of Laos features a horizontal triband design with two different colors. In the center of the flag is a white disc. The white disc is a symbol of the unity of the people of Laos, according to the designer of the flag. It is also said that the disc represents a full moon over the Mekong River.

The colors of the Laotian flag are also significant. These colors represent the prosperity of the nation, as well as the struggles of the nation to gain its independence.

The national flag of Laos has three colors in its design. The triband uses red for the outer bands and blue for the center band. The white disc is centered on the blue band. The red stripes are a symbol of the blood shed of the people of Laos that fought for independence from France. The blue is a representation of the Mekong River and is a symbol of the nation’s prosperity.

The current flag of Las was first adopted in 1945. This flag was designed by Maha Sila Viravong. However, the flag was only used for one year under the Lao Issara government. It was no longer used in 1946 but was readopted on December 2, 1975 when Laos became a socialist state.

During the period of 1952 to 1975, the flag of Laos was a red flag with a triple-headed white elephant. This was a representation of the royal monarchy. Flags used prior to this time dating back to the 18th century were similar in design.

Laos is just one of two communist countries that does not use communist symbols in the design of its flag. 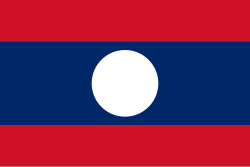 Three horizontal bands of red, blue, and red with a white circle in the middle of the blue band 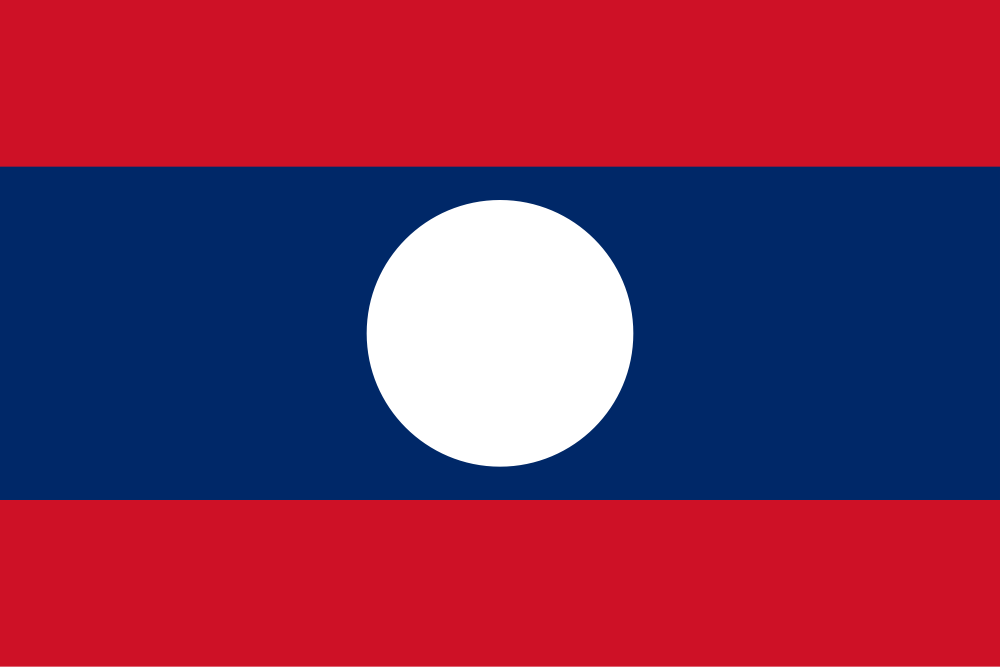