New Zealand’s flag has a unique design with a lot of meaning behind it. This flag is also known as the New Zealand Ensign.

The design of the flag features a blue field with a Union Jack in the canton. On the right side of the flag are four red stars bordered in white – the Southern Cross. The Union Jack symbolizes New Zealand’s history as a British colony. This design incorporates three heraldic crosses:

New Zealand’s first flag was adopted in 1834. This occurred after a trading ship was seized because it was not flying a flag. During the 19th century, it was a British law that trading ships fly a flag. Even though New Zealand was not a colony during this time, a flag needed to be chosen because ships could be seized until a flag was flown.

The United Tribes of New Zealand voted on the first flag design. This flag features a modified version of St. George’s Cross. After the Treaty of Waitangi was signed, the Union Jack was added to the design. However, the original flag continued to be used by many New Zealanders.

In the 19th century, there were several flag designs being used in New Zealand. The New Zealand Ensign Act of 1901, which was approved the following year, put a halt to the confusion of different flags. The flag of today was officially adopted on March 24, 1902, although it had been in used since the 1860s.

There have been many debates about the design of the flag of New Zealand. Many New Zealanders have spoken out against the continued use of the Union Jack, arguing that a design that reflects the nation’s independence should be adopted.

New Zealand has a red version of its national flag. The Red Ensign was first used in 1903 and was used on non-government ships.

Blue with the Union Jack in the top left and the Southern Cross constellation of four red stars surrounded by a white border centered on the outer half of the flag. 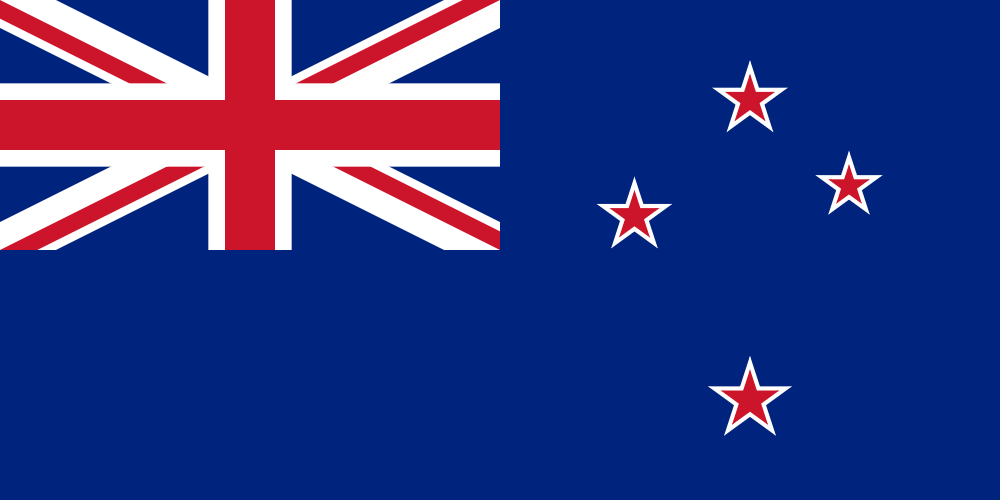