The flag of Nicaragua features three horizontal stripes with the country’s National Coat of Arms in the center. The Coat of Arms features an image that incorporates a triangle, a rainbow, a cap, rays of a sun, and five volcanoes.

The triangle in the design represents equality. The rainbow is a symbol of peace. The cap represents liberty. The five volcanoes are representative of the unity of the nations of Central America. The rays of the sun represent the country’s bright future. The Coat of Arms also features the text, “Republica De Nicaragua – America Central.” In English, this means, “Republic of Nicaragua – Central America.”

There are two main colors on the national flag of Nicaragua. The design features two Azure – or blue – horizontal bands at the top and bottom of the flag and one white horizontal band in the center of the flag.

The nation’s Coat of Arms that is positioned in the center of the flag contains many colors, including gold for the text, yellow and green for the mountains, red for the cap of liberty, and red, yellow, green, purple, and blue for the rainbow.

The flag of Nicaragua was first used in 1908, but it wasn’t officially adopted until many years later. In fact, the current design was not made official until 1971. The first Nicaraguan flag was adopted in 1823 and was used for just over a year. The primary differences between this original flag and the flag used today is the color of the blue bands and the design of the Coat of Arms.

Until 1854, the nation had several flags that were very similar to the current design. After this time, the flag design and colors changed quite dramatically. This included the blue and white tricolor without the Coat of Arms used from 1858 to 1873 to the red, white, and blue striped flag that was used from 1889 to 1893.

Nicaragua’s flag features the color purple in the rainbow on its Coat of Arms. This is one of just two flags of all sovereign states that includes this color.

The inspiration for Nicaragua’s flag was the flag of the Federal Republic of Central America. 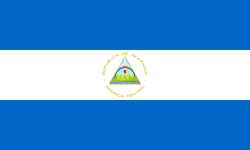 Three horizontal bands of blue, white, and blue with the National Coat of Arms in the center of the white stripe 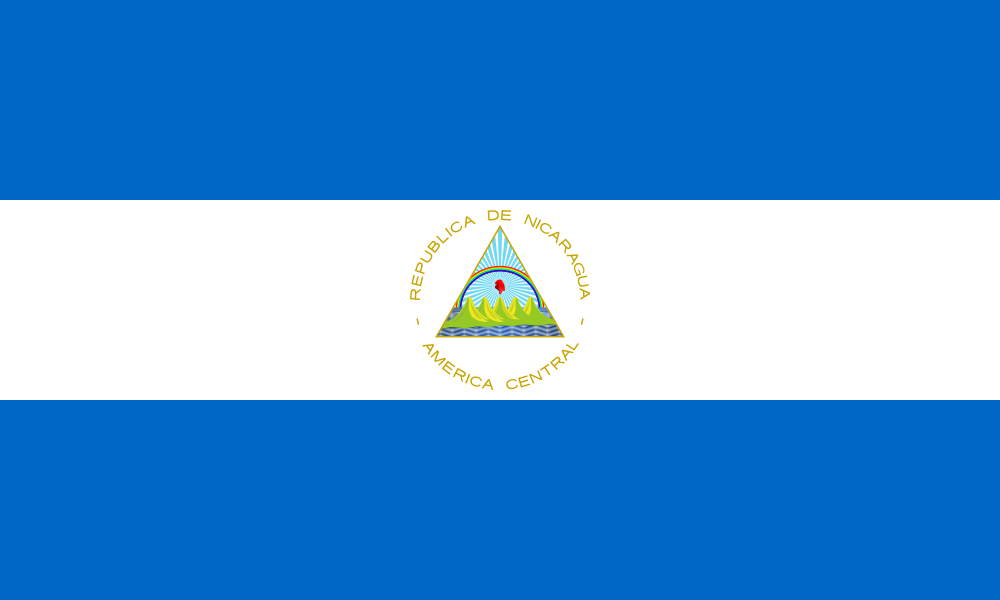