The flag of Idaho features the state’s Great Seal. The seal features an image of a miner and a female. This image symbolizes liberty, justice and equality. There are additional symbols on the flag that depict the natural resources of the state, including forests, farmland, wildlife and mines. A shield inside of the seal has additional symbols that represent the state’s present and history. This includes a pine tree to represent the timber of the state, a man plowing a field and a sheaf of grain that represent the agriculture of the nation, and the cornucopias that are a nod to the state’s horticulture. An elk’s head is also found on the image, which represents the protected status of elk and moose. The state flower is also in the design, as well as a depiction of the Shoshone River.

The background color of Idaho’s state flag is blue. The state seal located in the center of the flag has multiple colors, including blue, gold, white and green. Surrounding the image of the seal is a gold band with the text “Great Seal of the State of Idaho” in black text. Below the seal is a red and gold banner with “State of Idaho” written in gold text.

The original seal for the territory of Idaho was designed and adopted in 1863. However, the seal was modified several times before Idaho was admitted as a state in 1890. The seal was designed by Emma Edwards Green, who has the honor of being the only female to design a state deal. The use of the seal was first seen in 1898, when it was used as a military banner during the Spanish-American War. It was in 1907 when the idea of a state flag came to be. The 1907 legislation specified that the flag was to be blue with the name of the state. However, the legislation gave the Idaho Adjutant General control over the final design, and it was suggested to honor the First Idaho Infantry by using their battle flag. The Great Seal was added to the flag, but there were many different representations of the seal, so flag designs varied. It was only in 1957 when the legislature created a law that approved a version of the Great Seal of the State of Idaho that would be used on the state flag – the same design that is used today.

Idaho’s flag design was ranked 64th out of 72 flags across states and provinces in the United States and Canada, according to a 2001 survey. 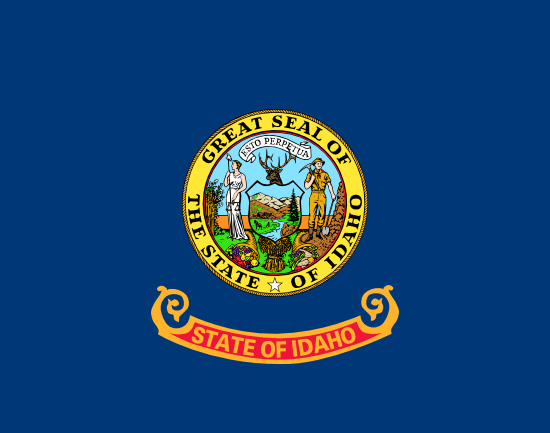 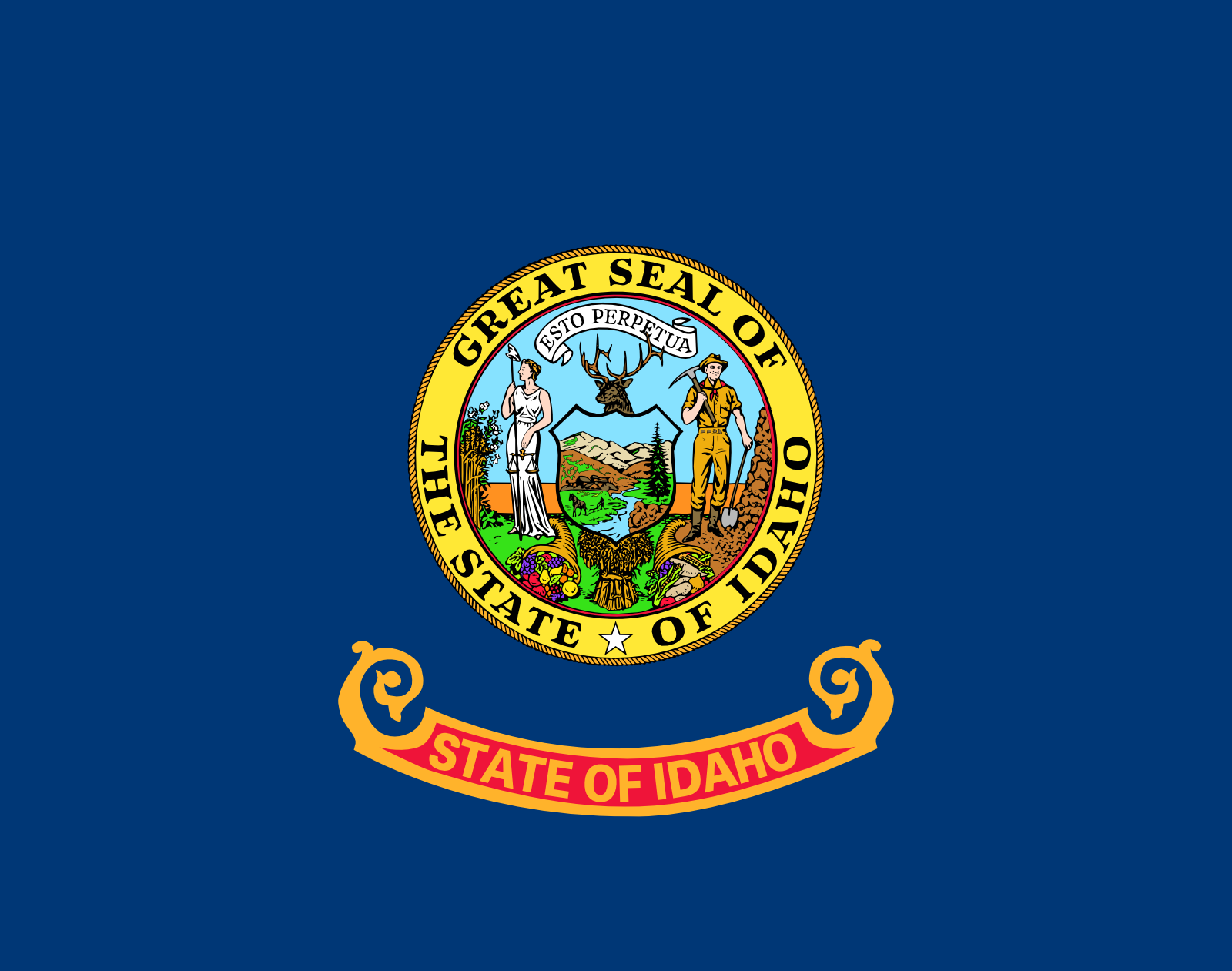