The state flag of Utah features the seal of the state. There are several different elements to the seal. A bald eagle, the national bird, is included in the seal to symbolize protection during war and peace. The state flower, the sego lily, is also included and is a symbol of peace. The beehive represents progress of the state and hard work. The state’s motto “Industry” is also written on the seal, as well as the state’s name, and the date 1847, which is the year that Mormon pioneers came to the state. Underneath the design is the date 1896, which is the year that Utah was admitted to the Union.

The main color of the flag is navy blue, which makes up the background. The state seal is located in the center. This seal contains many colors, including brown, white, red, and blue. The date 1896 is printed in white, while the seal is encircled with a gold ring.

The state flag of Utah was designed around the state’s seal, which was adopted in 1896. It wasn’t until 1903 when the first state flag was created for use at the Louisiana Purchase Exposition. The Daughters of the American Revolution oversaw the process of designing a flag. The design that was created featured a white state seal on a blue background. This flag was originally the Governor’s Flag before being made the official state flag in 1911.

In 1912, a custom copy of the flag that was to be used on the USS Utah battleship was commissioned. However, the flag was different, with the state seal created in full color and a gold ring added. Instead of having the flag remade, a new law was passed to change the design of the flag, which is the design that is still used today.

Before Utah became a state, the Utah Territory used a flag very similar to the modern state flag.

March 9 has been designated as Utah State Flag Day. 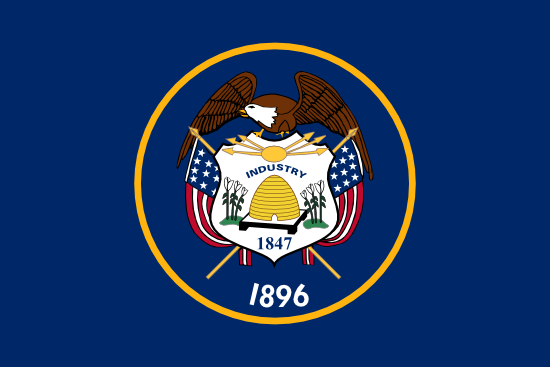 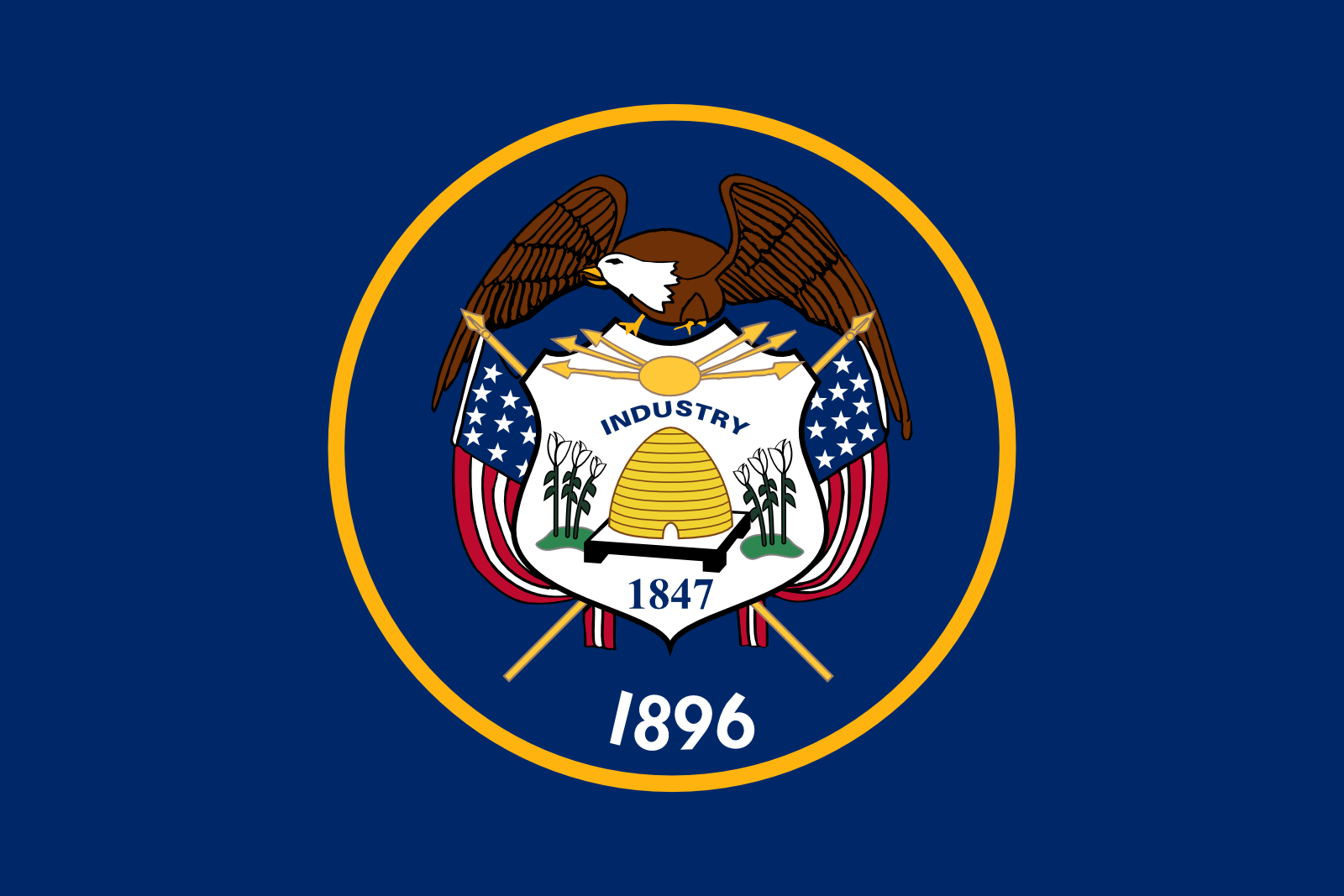