This estimate is calculated from projecting the most recent Census estimates. The last official population count for Colorado was taken during the 2010 Census. At that time, it was found that the population was 5,029,196.

The 2015 estimate reflects an 8.5% increase since the last census. With a yearly growth rate of 1.85% in 2016, Colorado is the second fastest-growing state in the US. The largest city, and the capital of Colorado, is Denver. This capital city boasts over 700,000 individuals.

With a large surface area of 104,094 square miles (269,837 square kilometers) Colorado is the eighth largest state in the USA, but it is relatively sparsely populated when compared to the overall size. Some of the terrain is harsh, and the vast Rocky Mountain range accounts for a significant proportion of the state’s land mass.

As a result of these land conditions, there are approximately 52 people per square mile (19.9 per square kilometer) and that makes Colorado only the 37th biggest state in terms of population density.

Although part of Colorado was acquired as early as the Louisiana Purchase of 1803, it had no organized government until 1850, when parts of the present State were included in New Mexico and Utah Territories. Colorado was established as a territory in 1861 with its present boundaries, from parts of Kansas, Nebraska, New Mexico, and Utah Territories. The 1860 population is the total enumerated within the 1861 boundaries. Colorado was admitted as a State on August 1, 1876. Present-day Colorado had no census coverage in 1850, and none in 1860 for the portion taken from Utah Territory.

According to the most recent ACS, the racial composition of Colorado was:

Historically, Colorado’s location in the middle of the USA made it a popular route for those traveling through the new world. Many liked the state so much that they chose to settle there, and the evidence of that is clear from the earliest censuses.

Although that was by far the biggest increase in population in decade terms, further significant rises followed this initial boom, and by the beginning of the 20th century, Colorado’s numbers had grown to 539,700. In the latter half of the 1900s, increases in the region of 30% from census to census took the population of Colorado past the 5 million mark in 2012.

Many states in the US have shown growth at every census, but Colorado's population is actually growing faster now than it did during the 20s, 30s, and 40s. The current growth is already causing housing shortages and increased traffic as Denver and Colorado Springs try to address the increased immigration.

Like most states across the US, the population of Colorado is growing, but the growth has been significant in past years. Increases between censuses of 30% are not uncommon, and if that trend continues, the numbers could comfortably exceed 6 million at the next census in 2020. Some estimates have placed the 2040 population as high as 7.8 million.

Approximately 10% of the population of Colorado is made up of immigrants. These immigrants, according to data from 2011, make up over 11% of workers for the state of Colorado.

Estimates also show that 34.9% of the Latino population is under the age of 18, ountumbering African Americans (25%), Asian Americans (23%), and non-Hispanic Whites (19.3%) in the under-18 age bracket. There are higher proportions of Hispanics located in Colorado Springs, Metro Denver, Pueblo, and Greeley, with a large percentage of descendents of early Mexican settlers. The state has the fifth largest Mexican-American population in the nation, as well as the sixth highest percentage of Mexican-Americans.

Colorado also has large communities of African American residents located in Denverand Colorado Springs. Asian-Americans are also found throughout the state, particularly in the south and southeast areas of Denver. This includes Mongolians, Koreans, Filipinos, and Chinese residents. The Denver metropolitan area is considered to be one of the most racially diverse in the state. 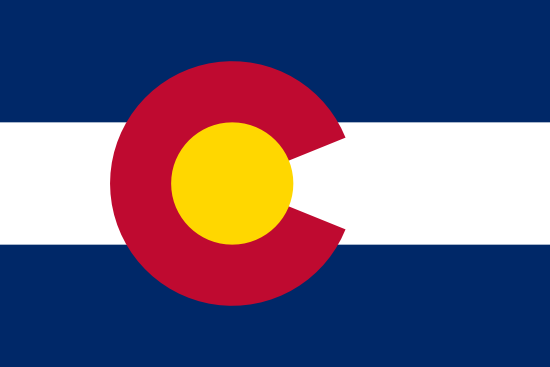 From the time of the 2010 Census until 2015 when the US Census Bureau took population estimates, several counties in the state posted significant growth rates. The counties with the highest growth are all neighboring, beginning with Larimer County and Weld County along the northern border, and ending with El Paso County. With a growth rate of 13.14%, Denver County had the highest recorded population growth during the 5-year period.

Just as some Colorado counties saw growth, others posted declining populations during the same time period. The southwestern county of Bent had the highest decline of 10.43%. while neighboring Las Animas County has the second largest decline of 8.68%. Other counties that saw decreases in population include Moffatt County, Hinsdale County, and Kit Carson County.

Colorado Educational Attainment by Sex (over 25)

The highest rate of high school graduation is among white people with a rate of 96.59%.

The highest rate of bachelors degrees is among asian people with a rate of 51.49%.

83.63% of Colorado residents speak only English, while 16.37% speak other languages. The non-English language spoken by the largest group is Spanish, which is spoken by 11.25% of the population.

The race most likely to be in poverty in Colorado is Hispanic, with 25.88% below the poverty level.

The race least likely to be in poverty in Colorado is White, with 10.2% below the poverty level.

Colorado Married by Age and Sex