New Mexico currently has a growth rate of 0.64% annually, which ranks 30th in the country. The last nationwide census within the United States was carried out in 2010 and that survey revealed that the population of New Mexico was 2,059,179. This was the first time that numbers in the state had exceeded 2 million, and the figure represented an increase of 14.5% on those declared ten years earlier.

You can see details of each individual New Mexico county’s population increase and decrease between 2000 and 2010 using this interactive map. It’s important to note that, while the number of people in many counties increased, it fell in others, so the growth isn’t uniform.

The State of New Mexico in the deep south of the United States in the fifth largest state in the US by area. However, it is the sixth most sparsely populated territory in the country, indicating that total population isn't that high. The vast area of New Mexico is filled with mountain ranges, deserts and huge forests. So it’s not surprising that, although the total surface area of NM is 121,589 square miles (315,194 square kilometers), there is an average of just 17 people who live in each square mile. Overall, New Mexico is only the 45th most densely populated state in the United States.

Many of the state’s residents are crowded into Bernalillo County. Despite being the second smallest country in the state, Bernalillo is home to more than one-third of its residents -- 676,685 to be precise. That’s mainly because Albuquerque, the largest city in New Mexico, is within the county borders. The total population of Albuquerque is 559,121, making it the 32nd largest city in the US.

New Mexico was acquired in part in 1845 when Texas joined the United States, and in part directly from Mexico in 1848 and 1853. New Mexico Territory was established in December 1850, including most of present-day Arizona and parts of Colorado and Nevada. New Mexico acquired essentially its present boundaries in 1863, and was admitted as a State on January 6, 1912.

In 1850 census coverage of New Mexico Territory included much of the present State but did not extend beyond it. The 1860 population refers essentially to the present State; it excludes the then Arizona County, which was located within present-day Arizona, as well as areas that became part of Colorado Territory in 1861.

According to the most recent ACS, the racial composition of New Mexico was:

New Mexico is one of the few US states that has never really experienced what you might refer to as a "population boom." Whereas many states at times saw increases of several hundred percent per decade, particularly in the 18th century, the largest decade on decade population increase in New Mexico was only 60%. Steady but sustained population growth has been the order of the day in this part of the US.

The first official New Mexico census was held in 1860, when the population was recorded at a healthy 61,547. Just ten years later a rise of 51.9% had been recorded, taking the number of people living in the state to 93,516. A sizeable increase but not big in relation to huge spikes experienced elsewhere.

Although the following census in 1880 recorded a slight fall in numbers (1.8%), from that point on steady growth has dominated, with average rises on a census by census basis of around 25%. The population of New Mexico had exceeded one million by the time of the 1970 Census and in 2010, numbers passed two million for the first time.

Growth in New Mexico has been steady and as such, it’s fairly easy to predict population increases. Growth along the lines of that seen in the last forty years could therefore take those figures close to the 2.5 million mark by the time of the 2020 census. Official population projections estimate New Mexico will still come a bit short of this number, though, reaching 2.35 million by 2020, and hitting the 2.5 million mark by 2025.

New Mexico has the highest percentage of Hispanics (48%) of any US state, which includes both recent immigrants from Latin America and descendants of Spanish colonists. 83% of the Hispanic population was native-born, while 17% was foreign-born. Most in the state claim a Spanish ancestry, particularly in the northern area of New Mexico. The state is one of four to be ethnically a minority-majority state.

The Hispanic and Latino population of any race was 48%. New Mexico also has a very high Native American population, which is second only to Alaska.

About 28% of the population over the age of 5 speaks Spanish at home, while 4% speak Navajo. There are also many in the state who speak New Mexican Spanish, an archaic form of 17th century Castilian Spanish from the colonists who arrived in the state between the 16th and 18th centuries. 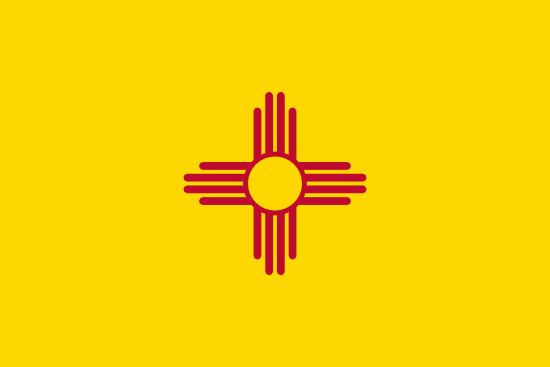 The state of New Mexico has many counties, and across the state, there have been significant increases and decreases in population from the time of the 2010 Census until estimates were taken by the US Census Bureau in 2015. During this 5-year period, the New Mexico county of Lea saw the highest rate of growth at 10.14%. Three other counties -- Eddy, McKinley, and Sandoval -- saw population growths of over 5%. Several other counties, including Curry, Santa Fe, and Taos, recorded smaller increases in their populations.

On the other side, some counties also saw declining populations based on this same data from this 5-year period. Colfax County had the biggest decrease in population, which was 9.62%. Other significant decreases in New Mexico include San Juan County at 8.76%, De Baca County at 9.42%, and Hidalgo County at 8.88%, amongst others.

The highest rate of high school graduation is among white people with a rate of 95.02%.

The highest rate of bachelors degrees is among asian people with a rate of 53.73%.

66.5% of New Mexico residents speak only English, while 33.5% speak other languages. The non-English language spoken by the largest group is Spanish, which is spoken by 26.04% of the population.

The race most likely to be in poverty in New Mexico is Native, with 50.17% below the poverty level.

The race least likely to be in poverty in New Mexico is White, with 14.29% below the poverty level.