Japan, the island nation in East Asia, is a fairly sizable archipelago of 6,852 islands, although the four largest islands (Honshu, Hokkaido, Kyushu and Shikoku) account for 97% of its population. The last set of official figures pertaining to Japan’s population were released at the time of the 2015 census and the final statistics showed there were 127,094,745 people there, which would make Japan the 11th largest country in the world. The most recent estimate places the number lower at 126.71 million, still the world's 10th most populous country. Though in decline, it still holds that position in 2020 with an estimated 126.48 million people.

The commonly held view that the population of Japan is in line for a sharp decline is backed up by the numbers. Based on the projections by the United Nations (visible in the graph below), the downturn will continue, and possibly accelerate.

As we’ve seen, the final census figures for 2015 showed a final count of 127,094,745 people with a population density of 340.8 people per square kilometers, thereby making Japan the 40th most densely populated country on the planet.

Tokyo is not only the largest city in Japan but the largest city in the world- boasting a population of 37 million, which is 29% of the population. The surface area of the city metropolis comes to approximately 2,187.66 km2 (844.66 square miles). However, the city expands outwards to approximately 13,572 km2 (5,240 square miles). Quite the impressive sprawl. Now, to find the rough population density of the Tokyo area, we combine the total population with the available space for the residents, which comes to 6,224.66 people living per square kilometer (16,121.8 residents per square mile).

Other large cities in Japan include Yokohama, Osaka, Nagoya, and Sapporo- all of which have populations over 2 million. For such a small country in terms of area, Japan certainly has an impressive number of sizable cities.

Unlike many other countries around the world today, the population of Japan appears largely homogenous with the final population statistics comprised of a 98.5% contribution from ethnic Japanese people. In addition, there is a very small proportion of foreign workers living here, largely made up of Koreans, Chinese, Peruvians and Brazilians.

The largest native ethnic group in Japan is the Yamato people, although large minority groups include the indigenous Ryukyuan and Ainu peoples. While Japan may seem homogenous in terms of ethnicity and culture, this may be due to Japan's absence of racial and ethnic statistics for Japanese nationals. The country has traditionally rejected the need to recognize ethnic differences in Japan, and former Japanese Prime Minister Taro Aso once described the country as one of "one nation, one civilization, one language, one culture and one race."

Japan is currently the world's oldest country, and it's set to get even older. The number of elderly people aged 65 or older accounts for 26.7 percent of the 127.11 million total population, up 3.7 percentage points from five years ago, a summary report of the 2015 national census shows. In 2050, it's estimated by the government that 40% of Japan's population will be over 65. In the last few decades, the country's social security budget has increased 15%. While 5 decades ago there were 12 workers for every retiree, there will be an equal 1:1 ratio in 50 years. This is one of any demographics problems Japan must address.

Most people in Japan identify with a religion, however it usually doesn't play a huge role in their everyday lives. A large majority of the Japanese consider themselves to be either Buddhist , Shintoist or both. There are also a small number of Christians in Japan.

Overall, Japan has the highest life expectancy in the world even though it is expected to fall slightly in the near future. However, with low birth rates, the population is rapidly aging but in 2007, the country announced its first significant birth rate increase in many years, so could the predictions be false?

Unfortunately, Japan has one of the world's highest suicide rates, and suicide is the leading cause of death for people under 30. Factors in suicides in the country include social pressure, depression and unemployment, and the National Police Agency found that suicides linked to job loss increased 65.4%. There was a suicide in Japan every 15 minutes, with close to 33,000 reported in 2009. Luckily, suicide rates have been on the decline for three consecutive years. This is just one of the many problems Japan will need to control to see its population and economy grow into the future.

By 1873 (the approximate time of the Meiji Restoration), Tokyo Japan had a population of just over a half of a million residents, which tripled in size in only 30 years to over 1,500,000 individuals. The total estimated population of the time was already well over 33 million residents as well. The strong growth of this country is evident even from the start of national censuses, which officially began in 1920 and every 5 years after.

Japan’s population began to decline in 2011. The nation’s birthrate is at its lowest since 1899, with fewer babies being born each year than the previous year. In 2018, there were less than 1 million babies born for the third year in a row and a fertility rate of only 1.45 births per woman.

One reason that the Japanese birth rate may be so low is the lack of good jobs for Japanese men, who are still expected to be the breadwinners and provide for their families. The lack of good, well-paying jobs in the market is preventing men and their partners from starting families because they cannot afford to do so.

Incentives to have more children are also being announced, but as a whole, the country is just starting to feel the effects of a post-war baby boom, many of whom are now nearing the end of their years.

Slowing population growth and an aging population are creating more than a headache for the island nation, as this problem is shrinking its pool of taxable citizens, causing the social welfare costs to skyrocket, and has led to Japan becoming the most indebted industrial nation with public debt that is double its economy.

Japan's population growth rate declined in 2015 to -0.07%. Combined with an aging population, Japan loses population numbers each year equivalent to a midsized city.

The National Institute of Population and Social Security Research estimates that Japan’s population will decrease to 100 million people by 2049 from where it is now at 127 million and will continue to decrease to just above 50 million by 2100. Japan’s population decline has several social and economic repercussions, such as one-third of the population being elderly by 2036 and a lack of working-age people to help keep the economy growing.

The difference between rising death rates and lower birth rates is also clearly a factor with low fertility rates among women shouldering part of the blame. Experts attribute Japan's low growth to the high cost of raising children in the country, the growing number of women who choose to work longer and have a career rather than have children, and Japan's reluctance to accept immigrants.

Another statistic that doesn’t help the population decline is the alarming number of suicides in young people.

Source: By https://www.flickr.com/photos/reggiepen/ [CC BY 2.0 (https://creativecommons.org/licenses/by/2.0)], via Wikimedia Commons

How Many People Live in Japan? 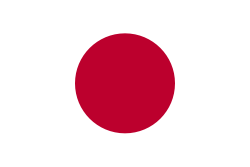 Japan's population is one of the oldest in the world, with a median age of nearly 47 years.

Japan's efforts to increase its birth rate have been unsuccessful and the country's population is slowly declining. The population may fall to just 107 million from the current 126.6 million by 2050.