Oregon currently has a growth rate of 0.89%, which ranks 22nd in the country. Oregon's 2013 population was estimated to have grown to over 4 million, making Oregon the 27th most populous state in the country.

The northwestern state of Oregon is the 9th largest in the US in terms of land area, but it has a sparsely spread population by comparison. Geography plays a huge part -- mountain ranges and vast forest areas are just two of the geographical features that have an impact on population density in Oregon.

Oregon has one of the lowest population percentages of African Americans in the nation, ranking 41st out of 50 states. The majority of the population -as well as the majority of the state's diversity- is located around the Portland metro area. The state's foreign-born population exceeds 300,000 and accounts for almost 9% of the total population, according to data from 2004. 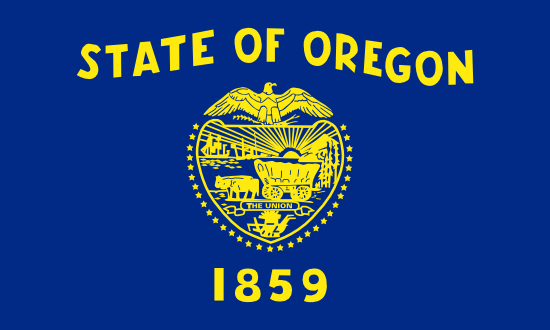 The highest rate of high school graduation is among white people with a rate of 94.28%.

The highest rate of bachelors degrees is among asian people with a rate of 53.81%.

84.73% of Oregon residents speak only English, while 15.27% speak other languages. The non-English language spoken by the largest group is Spanish, which is spoken by 8.85% of the population.

The race most likely to be in poverty in Oregon is Black, with 41.08% below the poverty level.

The race least likely to be in poverty in Oregon is White, with 14.03% below the poverty level.