The flag of Afghanistan is composed of black, red, and green vertical tricolors and an overlay of the classical National Emblem in the center.

Afghanistan’s flag has a very interesting design that has deep symbolism behind it. The colors of the flag are representative of different traits and the history of Afghanistan, including the blood shed in the fight for independence, prosperity and religion, and the nation’s troubled past. The national flag also features the national emblem that represents Islam and features the Arabic inscription of the Muslim creed and the Takbir – the Arabic expression, “God is great.”

The national flag of Afghanistan features three vertical tricolor bands. The colors used are black, red, and green. The black symbolizes the dark, troubled past of the nation. The green represents both Islam and prosperity, while the red represents the blood shed by those who fought for the country’s independence.

The flag also features its national emblem printed in white and centered on the flag. The national emblem features a mosque and pulpit and two national flags. It also features the Islamic calendar year of 1298 (or 1919, when the nation won its independence from the United Kingdom), sheaves of wheat, the Takbir, the Shahada and the name “Afghanistan.”

The first flag of Afghanistan was used during the Hotak dynasty in 1709. Since that time, the nation has had 26 different flags. During the 20th century, the flag was changed 19 times – more than any other nation in the world. The majority of the flags used by the nation feature the colors of black, red and green, including the current flag used today.

The original flag of Afghanistan featured an all-black design. During the 20th century, emblems were added to the flag. It was in 1928 when the colors of black, red, green and white were used, although this flag was not used for long before being changed to reflect a new seal. The flags continued to change after every few years, with many just being put in use for just a year. The current flag was designated as the national flag of Afghanistan in 2013.

Afghanistan has had 26 different national flags since the 18th century.

This flag is just one of four that feature a building in its design. 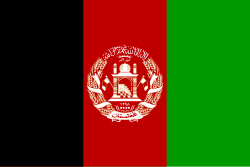 Three equal vertical columns, black on the left, red in the center, green on the right, with national emblem centered in white 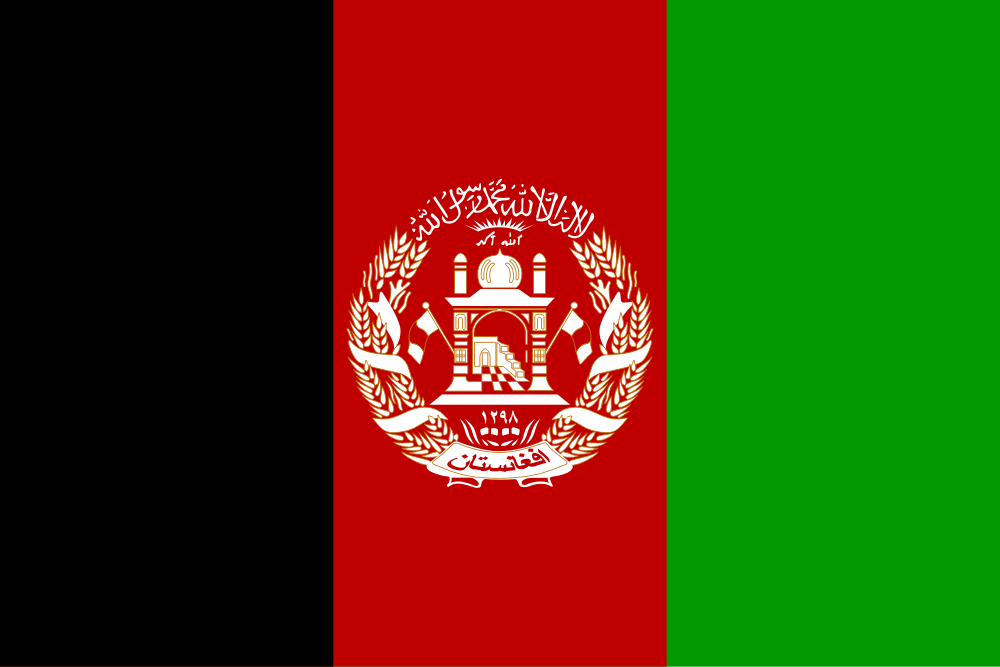