The national flag of Albania has a very simple yet unique design. The main design element of this national flag is the double-headed eagle in the center. The eagle is a symbol of Albania that has been used since the Middle Ages. It was originally used by noble families of the nation before being used again by Albanian nationals. This symbol represented the nationals’ desire to gain independence from the Ottoman Empire. Once independence was achieved, this symbol – along with the official flag it graces – became a national symbol of Albania.

The field color of the flag is also significant. It represents strength, valor, and bravery.

The Albanian flag features just two colors: red and black. Red is the color that makes up the field of the flag. This color was selected as a symbol of bravery, strength, and valor.

The double-headed eagle that has long held symbolic significance throughout the nation is centered on the flag and is black in color.

The history behind the design of the national flag dates back to the 1400s, when the symbol was used by John Hunyadi during his campaign against the Ottomans. This symbol was also used by noble families of Albania before becoming a national symbol.

Beginning in the 18th century, Albanian nationalists also used the double-headed eagle symbol on flags. It wasn’t until 1912, however, that the flag was officially adopted by the nation following its independence from the Ottoman Empire.

The original Albanian flag has been modified several times since its adoption. This includes King Zog’s addition of a crown during his reign in the 1920s through 1930s. After World War II, the flag was modified to include a five-pointed gold star to represent communism. This symbol was later removed after the collapse of the government in 1992.

The modern design of the flag has been in use since April 7, 1992. The design was standardized throughout the nation in 2002.

Albanians of Kosovo have unofficially flown the Albanian national flag since the 1960s. Today, a different flag is used to avoid symbols of ethnic groups.

Albania’s civil and naval ensigns are both different from the official national flag. 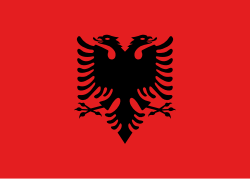 Red with a black double-headed eagle in the middle 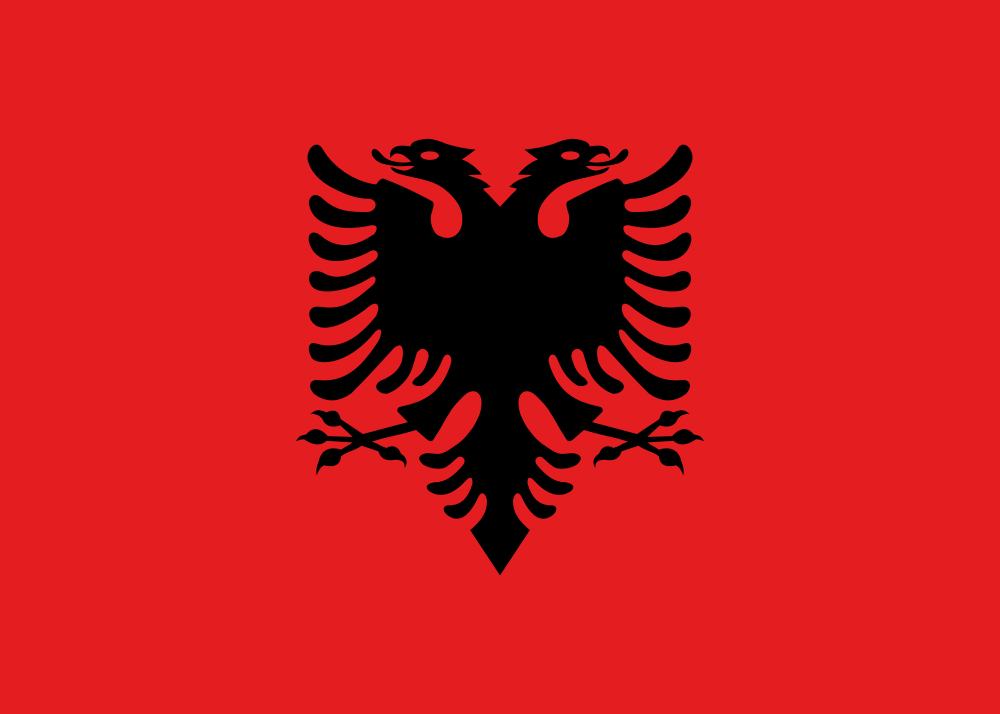