What does the flag of Angola look like? Its flag has an upper red half and lower black half, and it has an emblem of a yellow half gear wheel crossed by a machete and crowned with a star.

The flag of Angola has meanings it both its colors and its symbols. The colors of the flag are designed to represent the continent of Africa and the blood shed as the nation fought for its independence. The flag features a gear symbol, which is symbolic of the nation’s industrial workers. The machete symbol represents peasantry, and the star found on the flag is a symbol of socialism.

The flag of Angola has a field of two horizontal bands. The red band represents bloodshed during the struggle for independence, while the black band underneath is representative of Africa as a whole. The gear, star, and machete emblem located in the center of the flag is yellow.

The flag of Angola was first adopted in 1975. The design of the flag was based on the design of the flag of the Popular Movement for the Liberation of Angola. The colors are the same, but the MPLA flag has a star instead of the emblem featured on the Angolan flag. The flag has remained the same as its original design, although a new design was proposed in 2003. The Angolan Parliament proposed adopting a more optimistic flag. However, the design was not adopted.

The description of the flag of Angola is written in the nation’s Constitution.

A flag featuring a design based on the painting found in the Tchitundo-Hulu cave was proposed but the idea was never adopted. 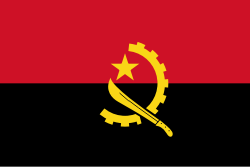 Two equal horizontal columns, red on top, black on bottom, with a yellow machete and star in the center 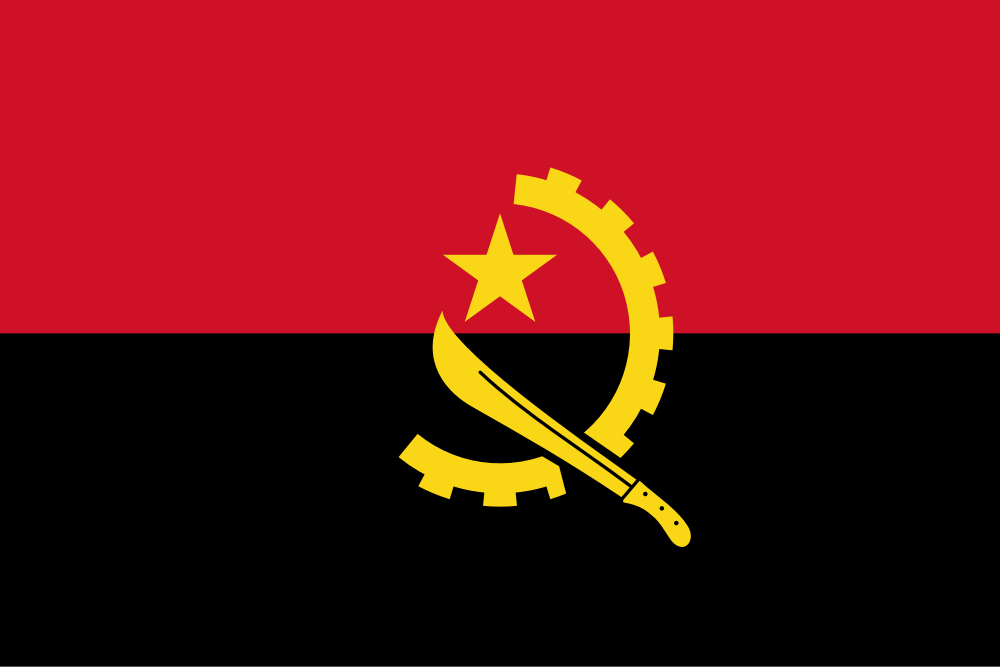