What does the flag of Benin look like? Benin's flag includes a green vertical band on the left side as well as a yellow and red horizontal bicolor on the right.

There is cultural, regional and political significance behind the colors of the flag of Benin. The colors are designed to represent the natural beauty of the country, including the savannahs to the north and the palm groves located to the south. The flag also symbolizes the blood shed by those who fought for the nation. The colors are also a tribute to the Pan-Africanist movement and are used by other African nations as a sign of unity.

The colors of the flag of Benin are the traditional Pan-African colors of green, yellow and red. The flag features a vertical green band on its hoist side, with a horizontal bicolor of yellow and red. The colors yellow and green represent the natural features of this nation, while the red represents the blood shed by people fighting for Dahomey. The colors are also a nod to the colors used by the African Democratic Rally. These colors also honor Ethiopia, the oldest independent country in Africa.

When the area that is now Benin was under the control of the French, the colony of Dahomey was not allowed to have its own flag. They thought that by having a flag, it would increase the calls for independence. However, in 1958, the region was granted limited autonomy and a national flag was adopted one year later. When Dahomey gained its independence the next year, the flag was not changed. In 1972m, the country was renamed Benin. It was three years later when a new flag was selected. This flag featured a green field with a red five pointed-star in the canton. This flag, however, was not adopted into law and was simply the de facto flag of the nation.

The flag was used until 1990 when the People’s Republic of Benin collapsed. The regime was replaced and the flag that was used in 1959 was made the national flag. It was reinstated on August 1 and has flown over the nation since that day.

Prior to its original adoption in 1959, the French tricolor flag was used. 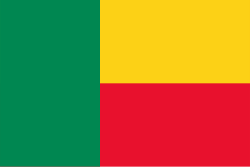 Two equal horizontal columns, yellow on top and red on bottom, with a green vertical column on the left 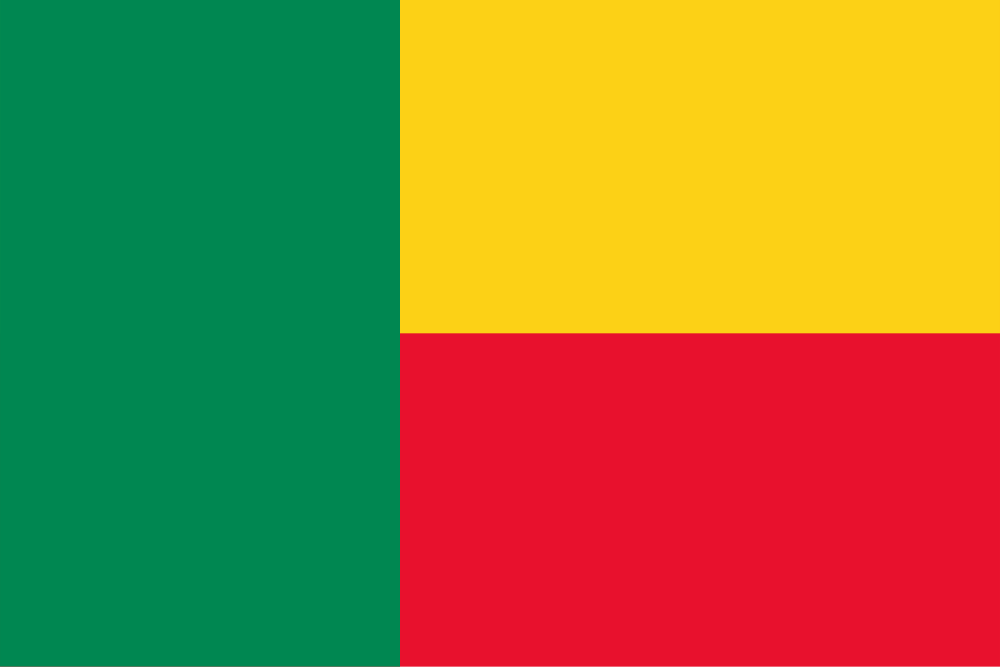