What does the flag of Burkina Faso look like? The Burkina Faso flag is half red on top and half green on the bottom with a yellow five-pointed star in the center.

The flag of Burkina Faso features the traditional Pan-African colors. These colors were selected to represent the independence of the nation and its unity with other ex-colonies in Africa. The colors also symbolize the revolution and agriculture. The flag also features a star which stands for the “guiding light” of the revolution.

There are three colors in the Burkina Faso flag. Red, yellow and green – the Pan-African colors used by many other African nations in their national flags – make up the design of this flag. There are two horizontal bands making up the background of the flag. The top band is red and represents the revolution of the nation. The green band below is symbolic of the nation’s natural wealth and agriculture. The star in the center of the flag is yellow and is meant to represent the guiding light of the revolution.

The original flag used in this region was the flag of Upper Volta. This flag featured a tricolor design of black, white and red. The colors of this flag were symbolic of the Volta River’s major tributaries. This flag was used until 1984 when Upper Volta was named Burkina Faso.

The modern flag that is in use today was adopted at that time. It was officially adopted on August 4, 1982 and had been in use ever since.

The flag of Burkina Faso was adopted following the 1983 coup that put Thomas Sankara in power.

Two equal horizontal columns, red on top, green on bottom, and a yellow star in the center 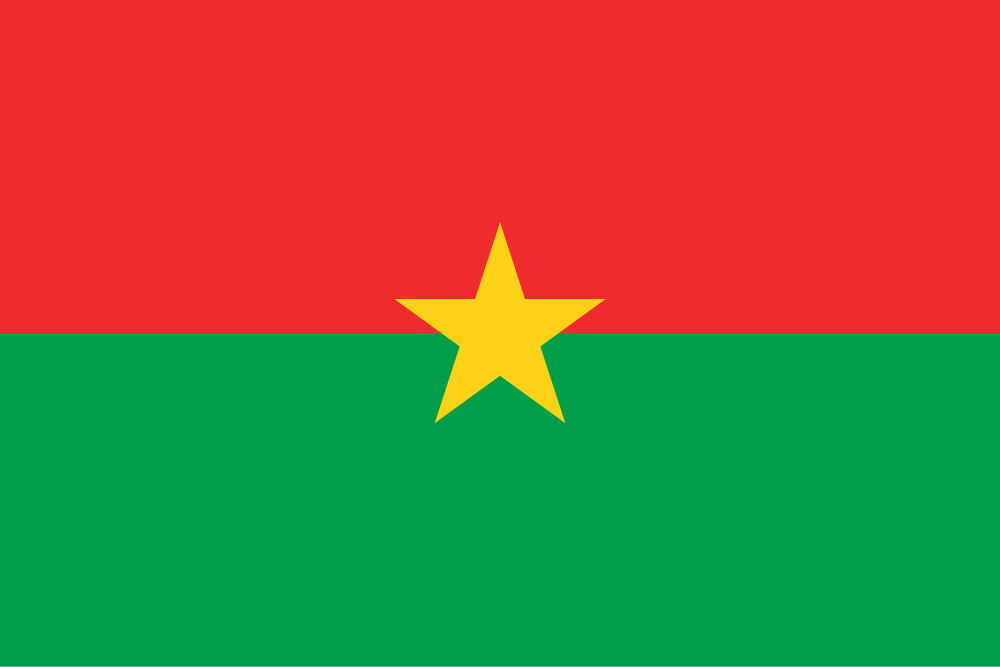