What does the flag of Colombia look like? The Colombian flag is a horizontal tricolor of yellow, blue, and red. The yellow band is the size of both the blue and red bands combined.

There are several different interpretations of the Colombian flag. The standard belief is that the colors are very symbolic. Yellow represents the soil, gold, and the riches of the country, as well as the sun, harmony, agriculture and justice. Blue represents the seas, rivers, and the sky. Red represents the blood shed by those who fought for the nation’s independence, as well as for the people’s determination and perseverance.

Another interpretation is that blue stands for loyalty and vigilance, red represents the victories achieved in battles, and yellow is symbolic of justice and sovereignty.

The Colombian flag features three different colors: yellow, blue and red. Each color is a horizontal band across the flag. The yellow band located at the top of the flag takes up exactly 50% of the flag. The middle blue band and the bottom red band each represent 25% of the total flag. As previously mentioned, each color of the flag has its own special symbolism. This flag design was derived from the flag of Gran Colombia.

The original flag of Colombia was derived by the flag of Gran Colombia. Variants of this flag are also used in Ecuador and Venezuela. Francisco de Miranda designed the flag of Gran Colombia, selecting the colors for the traits that they represent. The first of this type of flag was not raised until the 19th century, and it was not raised in Colombia but instead Haiti. It wasn’t until 1861 when the nation officially adopted its national flag, which is still flown to this day.

There is no Colombian law that establishes the official colors of the flag, although there are recommendations.

Francisco de Miranda, the originally creator of the Gran Colombian flag, noted in his diary that the Burger Guard of Hamburg served as inspiration for the flag. 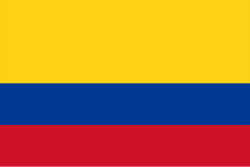 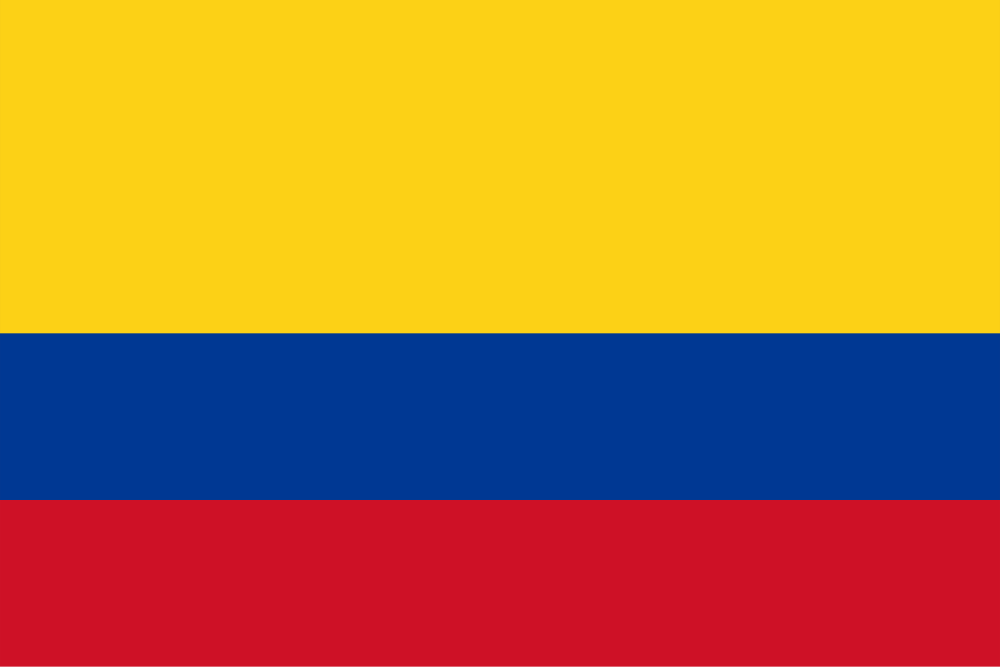