The national flag of Croatia is known as the Trobojnica, which translates to English to mean The Tricolour. This is because of the design, which features three horizontal stripes, each of which is a different color. We’ll discuss these colors and their meanings in more detail in the next section.

The tricolor band design isn’t the only feature on the Croatian flag. Centered on the national flag is the Croatian coat of arms.

The coats of arms features the red and white checks of Croatia. A crown of shields is also featured on this national emblem, which represents regions throughout the nation – Dalmatia, Istria, Dubrovnik, and Slavonia.

The coat of arms that is centered on the flag features multiple colors, including cyan, yellow, and black.

The modern flag of Croatia was adopted on December 21, 1990. However, this was not the first flag used by this nation. The tricolor design has been used since the 19th century. When the nation was a part of the Kingdom of Yugoslavia as the Banovina of Croatia, the tricolor design remained, but the national coat of arms was added. However, it was different from the flag of today because the crown in the design was missing.

When Croatia was the Independent State of Croatia, the design changed a little more. The tricolor design remained, as well as the coat of arms – without the crown – but the letter “U” was added to the top left section of the flag.

When Croatia was a part of SFR Yugoslavia, it retained the tricolor design of its flag. However, the coat of arms was replaced with a red star with a yellow border. It was after the elections of 1990 that the coat of arms replaced the star, and the flag and coat of arms were adopted by the nation at the end of 1990.

The Croatian flag was adopted ten months before the nation declared its independence from Yugoslavia.

The flag was adopted the day before the adoption of the nation’s constitution.

Three horizontal bands of red, white, and blue with the National Coat of Arms in the middle of the flag 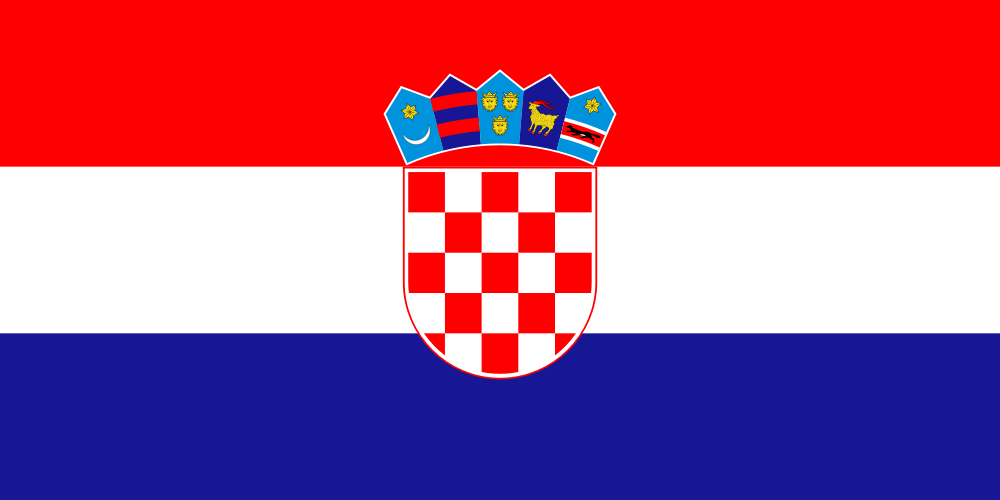