The colors of the flag, like many other national flags, has deep symbolism. The blue of the flag symbolizes peace. Red represents the blood of the country’s martyrs, while yellow was included to represent the wealth of the nation. The star that is located in the upper left canton symbolizes the country’s bright future.

The flag of the Democratic Republic of the Congo features three different colors. The background is sky blue. A red stripe cuts through the flag diagonally. Each side of the red stripe is trimmed with yellow, while the same yellow is used in the five-pointed star in the upper left canton.

The flag of the Democratic Republic of the Congo was first adopted in 2006. However, throughout its history, the flag has changed significantly. One of the nation’s first flags featured a darker blue field with a yellow star in the center. This flag was used through the 19th and 20th centuries. Another flag that was used through the 1960s had a similar design, with the addition of six yellow stars on the left-hand side of the flag. Flags that are similar to those used today were adopted through the 1960s. The first had a larger yellow star and a narrower red stripe. Later, this design was changed to create a smaller star and a wider stripe. In the early 1970s through 1997, the flag of Zaire was used. A flag similar to the one used in the early 20th century was adopted in 1997. This was later changed in 2003 to one with a lighter blue background. In 2006, a new flag was adopted based on the styles that were used throughout the 1960s.

The flag of the President of the Democratic Republic of the Congo is similar to the national flag. However, the one addition is the inscription of “Le President.”

There have been multiple flags through the nation’s history that are similar to the one used today, with only slight variances in colors, the size of the star, and the width of the red stripe. 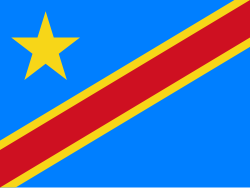 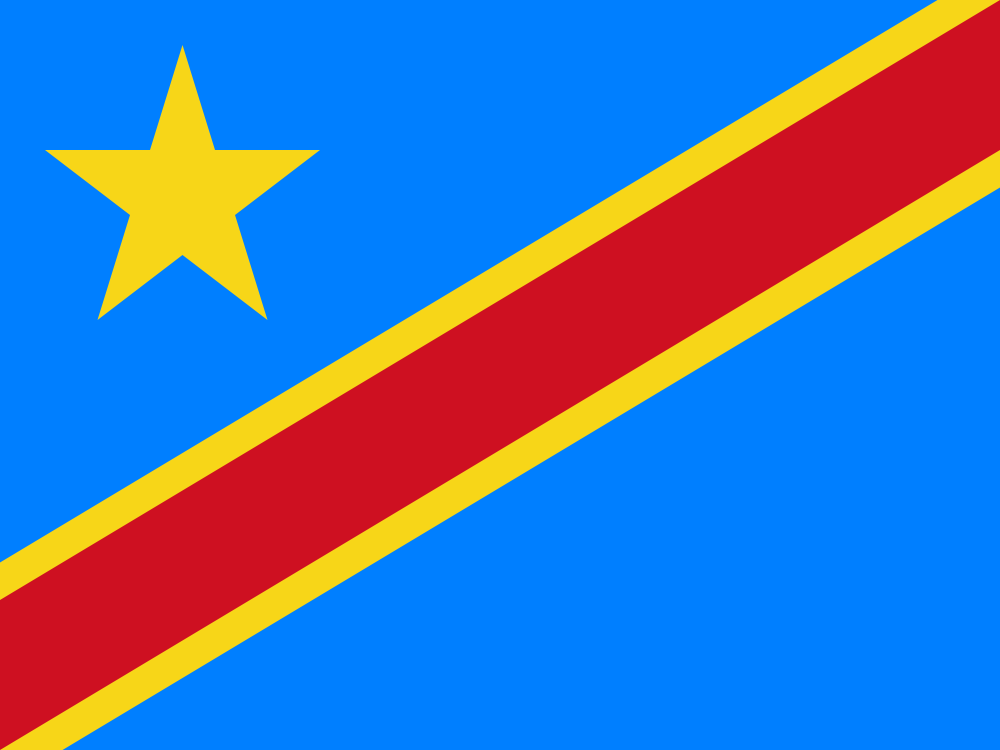