What does the flag of Egypt look like? The Egyptian flag is made of three horizontal equal bands of red, white, and black, and there is the Egyptian eagle of Saladin in the center of the white band. Egypt's flag was officially adopted on October 4, 1984 as the civil and state flag.

There is a lot of symbolism in Egypt’s national flag. Three are three colored bands that are designed to represent the Egyptian Revolution, the bloodless nature of the Revolution and the end of the oppression of Egyptians. The flag also features the national emblem, or the Egyptian eagle of Saladin, in the center.

The main colors of the Egyptian flag are red, white and black. These are featured in horizontal bands of equal sizes. The red band, which is located at the top of the flag represents the time prior to the Egyptian Revolution. The white band represents the bloodlessness of the war. The black band at the bottom symbolizes the end of the oppression of the Egyptian people from the monarchy. The flag also features the gold outline of the Falcon of Saladin, the national emblem.

At that time, another design was introduced when the nation was united with Syria as the United Arab Republic. The flag featured red, white and black bands with two five-pointed stars of green in the white band. This flag was in use through 1972. When the country was renamed as the Federation of Arab Republics the same year, the flag was changed again, this time featuring the Hawk of Qureish in the center. This flag was used until 1984, when the Arab Republic of Egypt adopted the flag that is still in use today.

All government buildings must fly the national flag on Fridays.

Other times that the flag must be flown include national holidays and the opening session of the House of Representatives.

Not only are there punishments for abusing the Egyptian flag, but the nation also has laws against abuse of national emblems and flags of foreign countries. 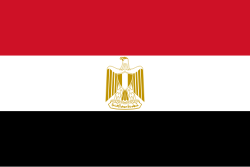 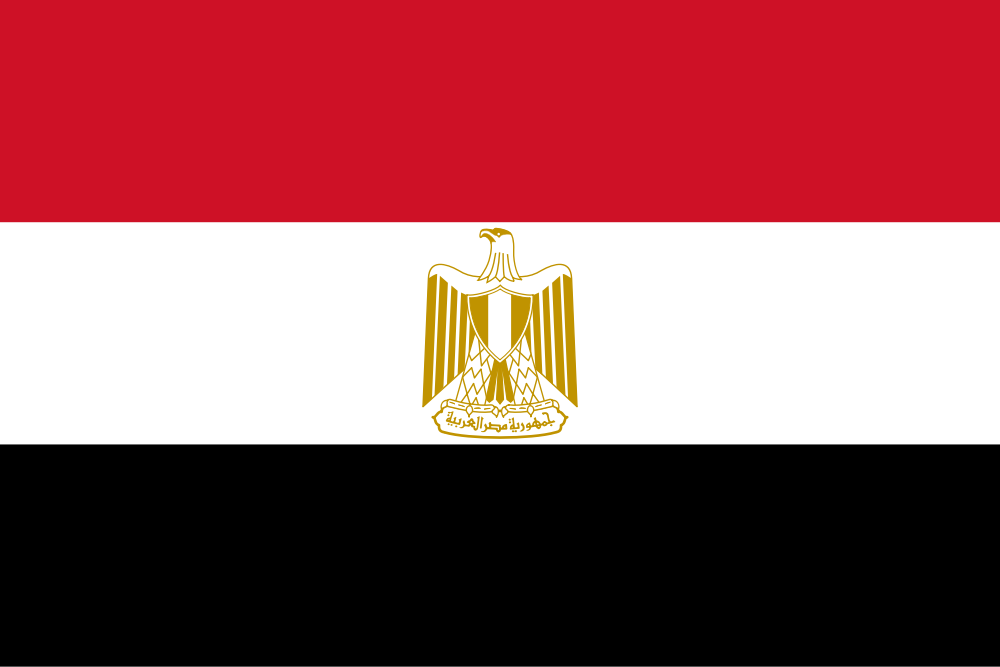