What does the flag of Ghana look like? Ghana's flag is three equal-sized horizontal bands of red, gold, and green, and there is a black five-pointed star in the middle. Ghana's national flag and state ensign were officially adopted in 1957 then readopted on February 28, 1966.

The flag of Ghana features the traditional Pan-African colors. These colors are meant to symbolize the blood shed during the fight for independence, the mineral wealth of the nation, and the forests and natural wealth of the country. The star on the flag represents African emancipation.

The flag of Ghana features the Pan-African colors of red, yellow and green. These colors are horizontal bands that make up the background of the flag. Red is symbolic of the nation’s fight for independence, the gold is a symbol of the country’s mineral wealth, and the green is a symbol of the country’s natural wealth. The fourth color is black, which represents emancipation, and is used as the color for the star in the center of the flag.

The original flag used by Ghana was the flag of the Kingdom of Ashanti. Following this flag was the flag of the Gold Coast, which was used until 1957. A flag very similar to the design today – the flag of the Union of African States – was used until the early 1960s before being replaced with a similar flag which was used through 1964. The two flags were very similar, except the earlier version featured two black stars while the next featured three. The Ghana national flag of 1964 was in use for two years and was only different in color. Instead of red, yellow and green horizontal stripes, this version featured red, yellow and green stripes. The current version featuring one black star was adopted in 1966.

A flag bearing the modern design was first adopted in 1957. However, the dissolution of the Union led to another flag design. However, the original flag was reinstated in 1966.

The flag of Ghana was the second African flag to use the Pan-African colors.

The flag was designed by Theodosia Okoh. 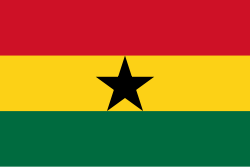 Three equal horizontal columns, with red on top, yellow in the center, green on bottom, and a black star centered 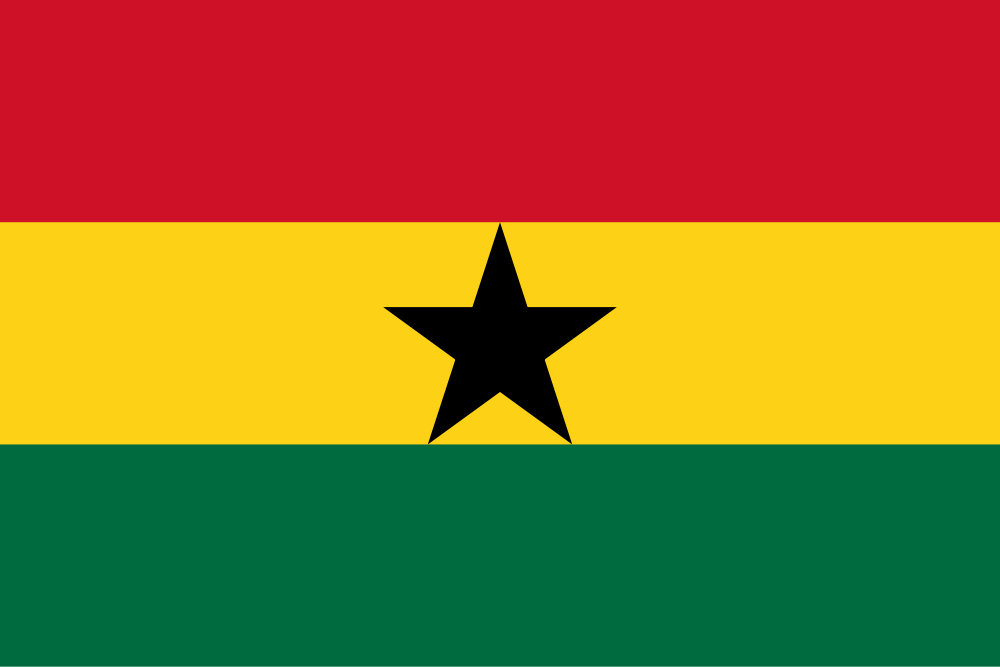