What does the flag of Greece look like? The Greek flag is made of nine horizontal stripes that alternate between blue and white, and there is a white cross on a blue square in the top left. The most recent version of the Greek flag was adopted on December 22, 1978. Its colors blue and white symbolize the Greek sea and sky.

There are just two colors used in the design of the Greek flag. The flag consists of nine horizontal stripes. These stripes alternate and there are five blue stripes and four white stripes. In the canton area, there is also a design of a white cross on a blue background. The color blue – which has changed throughout the years – is said to represent Greece’s sky and sea.

Flags were used in Greece for many years, although they were not the official flags that we think of today. Typically, banners, emblems and symbols were used by armies. A flag that was used by the Byzantines that dates back to the 14th century is one of the earliest flags discovered in this area.

It was during the Ottoman period that flags became more prominently used, although there was not an official flag. Many Greeks opted to use the Byzantine flag feature a double-headed eagle, saints and mottos. Flag designs that are thought to be the inspiration for the modern flag of today were used prior to the 18th century. For example, it is known that the blue cross on a white field was used during the uprising of 1769. During the uprisings, the white cross on a blue field also appeared on flags of the Greeks and was used as a local symbol.

It was during the 19th century through the early days of the Greek War of Independence that various flags were proposed and used by local leaders and councils. It was in 1822 when the Provisional Government designed the exact pattern for a cross that was used as a naval ensign. This flag was used from 1822 through 1969 and again in 1975 through 1978. In 1978, the official flag that is still used today became the sole national flag of Greece.

The Greek flag is referred to as “blue-white” or “sky-blue-white.”

The flag was officially adopted on January 13, 1822. At the time, it was used as a naval ensign.

The colors of blue used have varied from light blue to dark blue throughout history. 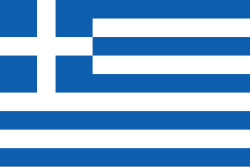 Nine equal horizontal alternating stripes of blue and white, and a blue square in the top left corner with a white cross 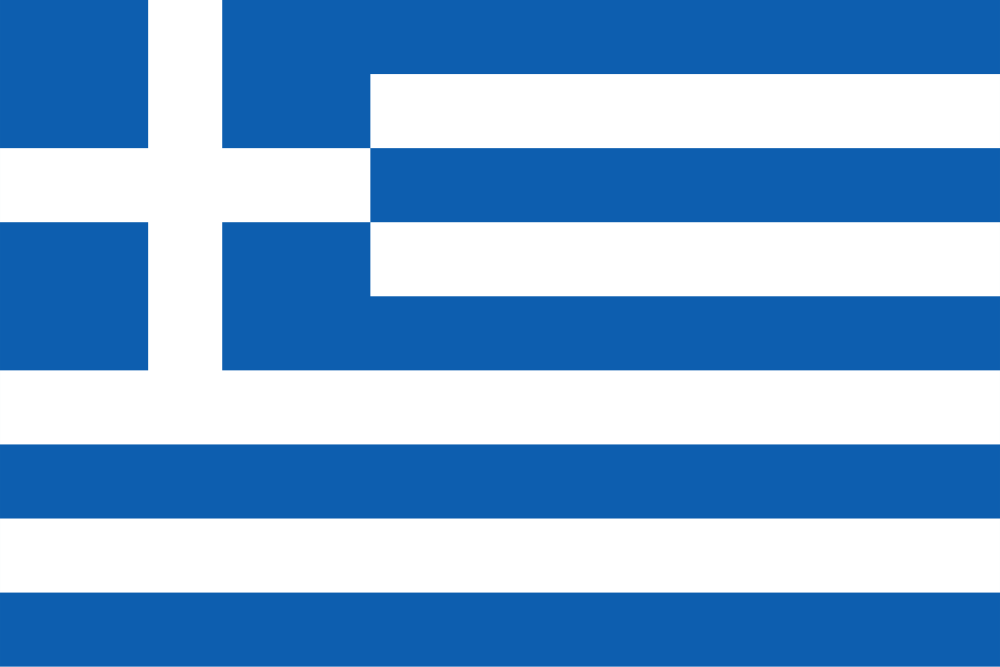