The national flag of Ireland is a tricolor flag with the colors green, white, and orange. The orange represents the Protestants that supported William of Orange. William of Orange defeated King James II and his army in the 17th century.

The color white represents a hope for union between the Catholics and Protestants of the nation. It is also used to represent inclusion throughout the nations.

The color green represents the Roman Catholics of the nation.

As previously mentioned, three colors are used in the Irish flag: green, white, and orange. Each vertical stripe is of equal size.

Even though the colors are green, white, and orange, there are some songs and poems that use “green, white, and gold,” while some functions use flags that have various shades of yellow that replace the color orange. However, use of these flags is heavily discouraged.

Many flags have been used throughout the history of Ireland. One of the first known flags was used in the 14th century through the 16th century. This flag featured a triple crown design that is associated with St. Edmund, one of England’s patron saints.

In the 16th century, a harp on a blue field was used as the flag of the Kingdom of Ireland. This flag was in use until 1801 for the Island of Ireland. Today, the flag is still used in the Republic of Ireland but does not take precedence over the tricolor.

The current Irish flag was first used by the Republic of Ireland in 1922. The tricolor flag is a representation of the peace between the Unionists and Nationalists.

Throughout Northern Ireland, there are different flags and symbols flown throughout communities to mark territories.

The tricolor flag of today was banned in Northern Ireland under the Flags and Emblems Display Act of 1954. The tricolor was replaced ten years later in 1964 following the riots because of the removal of the flag in Belfast. 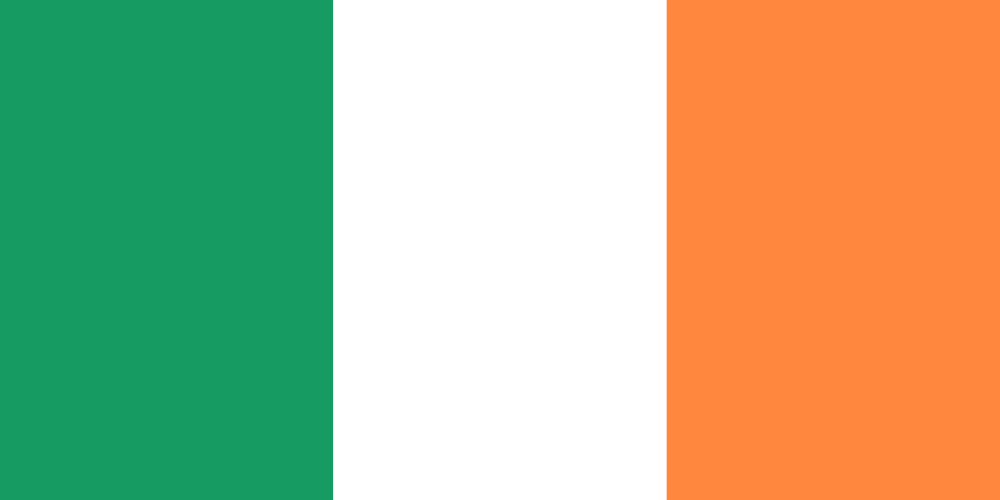