What does flag of Madagascar look like? Madagascar's flag has two horizontal red and green bands on the right side and a white vertical band on the left. The Madagascar flag was adopted on October 14, 1958 as the national flag and ensign.

The flag of Madagascar features three colors. On the hoist side of the flag, there is a white band. This color, along with the red horizontal band, represent the colors of the Merina Kingdom and are also a color used symbolic of the Malagasy people in Southeast Asia. The color green is found on the flag as a vertical band below the red horizontal band. This color represents the traditional peasant class known as Hova.

In the late 19th century, the flag of the Merina Kingdom was used in Madagascar. This featured a red horizontal band beneath a white band. Later in the century, the flag of the Malagasy was adopted. This flag was used until 1896 and featured tricolor horizontal bands of red, white and blue with a red crescent moon centered on the hoist side. During the colonial period, the area was under the rule of the French, and the French tricolor was used until 1958.

Two years before gaining its independence, the nation adopted a new national flag. This is the flag that the country still flies today. The modern flag was officially adopted on October 14, 1958.

The flag of Madagascar was adopted prior to the country gaining its independence.

The flag of Madagascar represents the history of the country, its desire for independence, and traditional classes. 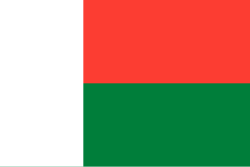 Two equal horizontal columns, red on top, green on bottom, and a white vertical column on the left 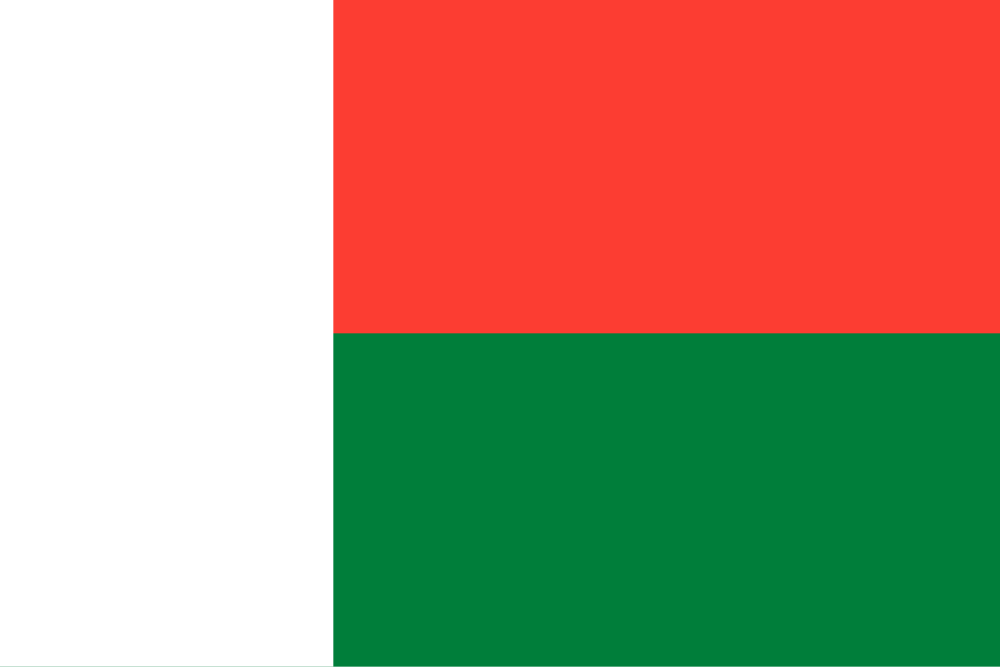