What does the flag of Malawi look like? The Malawi flag is made of three black, red, and green horizontal bands with a red sunrise with 31 rays in the middle of the black band.

The colors of and symbols of the flag of Malawi hold significant symbolism. There is a rising sun featured prominently on the flag which symbolizes the dawn of freedom and hope for all of Africa. The colors represent the indigenous people, the blood shed during the struggle for independence, and nature.

There are three colors used in the national flag of Malawi. The triband background features horizontal bands of black, red and green. Black is representative of the indigenous people throughout the continent, while red represents the country’s struggles and green is symbolic of nature. There is also a red rising sun located at the top of the flag within the black band.

At the end of the 19th century, the nation that is now Malawi used the flag of the British Central Africa Protectorate. This flag was in use until 1914. After this, Malawi became the colony of Nyasaland and had its own flag. This flag was similar to the previous flag with the exception of the emblem. This version was used until 1919, when another version bearing another emblem was adopted. That version was used for nearly 50 years, until 1964. When Nyasaland gained its independence from the British, it renamed itself as Malawi and adopted a new national flag. This flag was used from 1964 to 2010.

A new flag was adopted in July of 2010. The stripes were altered from the previous design to better match the Pan-African layout. The rising sun was replaced with a centered sun. The United Democratic Front challenged the flag changes, and the public was against the changes as well. Many people saw it as an illegitimate flag and raised objections to its adoption. However, in 2012, Parliament voted in favor of doing away with this flag and restoring the flag used beginning in 1964.

After great opposition to a new flag design, Parliament voted in favor of bringing back an old design after just two years of using the new flag. 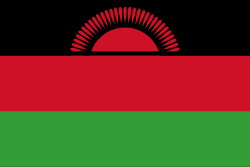 Three equal horizontal columns, with black on top, red in the center, and green on bottom, with a red sunrise in the center of the black column 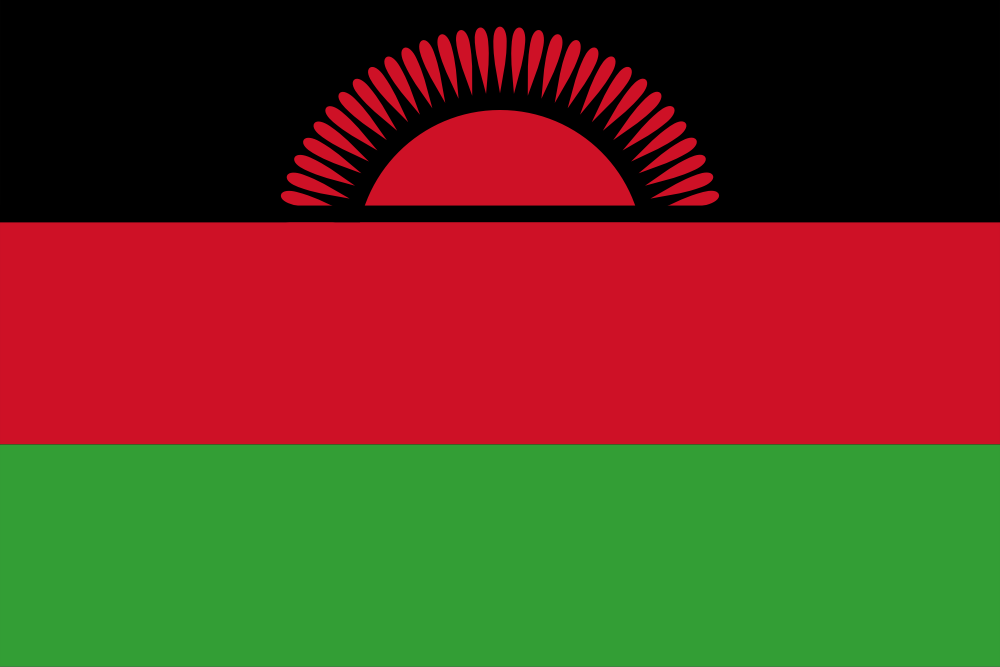