What does the flag of Mali look like? Mali's flag is three vertical green, gold, and red bands.

The design of Mali’s flag is simple, yet there is meaning behind each of the three colors used in the design. The colors were used to represent the fertility of the land, purity and mineral wealth, and the blood that was shed in the nation’s struggle for independence from France.

Like many other African nations, Mali’s flag uses the traditional Pan-African colors. The flag has a vertical tricolor design with bands of green, yellow and red. The green is a symbol of the nation’s fertile lands. Yellow represents purity and the mineral wealth of Mali. Finally, red is symbolic of the lives that were given to earn the country’s freedom from the rule of the French. The nation also has a variant flag that includes the color black in the form of a stick figure centered in the flag with its arms raised to the sky.

The original flag of Mali was adopted on April 4, 1959. This flag is actually still in use by some people today. The original flag has the same tricolor background but features a stick figure with its arms upraised. This flag was adopted when the nation joined the Mali Federation. However, opposition by Islamic fundamentalists – who were against the use of making pictures of the human figure – resulted in a new flag design in 1961. This is the current design that is still in use today. It was officially adopted on March 1, 1961.

The flag of Mali is nearly identical to the national flag of Guinea. The only difference is the order of colors 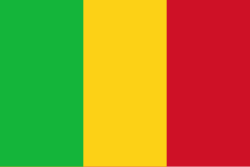 Three equal vertical columns, with green on the left, yellow in the center, and red on the right 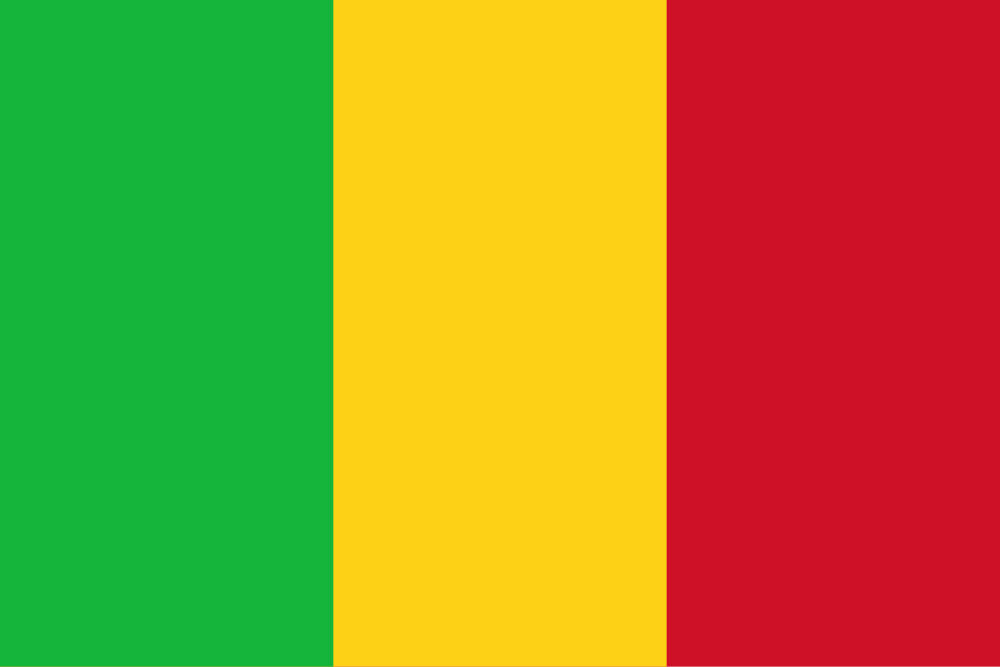