What does the flag of Mozambique look like? Mozambique's flag is a horizonal tricolor of green, black with white borders, and yellow, and there is a red isosceles triangle on the left side. On top of the triangle is a yellow five-pointed star with a book, AK-47 assault rifle, and bayonet attached to the barrel in the center.

The colorful and unique flag of Mozambique hold great symbolism in its colors and design. The colors of the flag are designed to symbolize peace, the continent of Africa, the minerals of the land, and the fight for independence. One of the most interesting things about the flag is the symbol, which has an image of an AK-47 with an attached bayonet crossed with a hoe, over an open book and a star. The gun symbolizes vigilance and defense. The open book represents education and its important role. The hoe is symbolic of the nation’s agriculture, and the star is a symbol for internationalism and Marxism.

The flag of Mozambique is quite colorful. It features a triband of green, black and yellow. Green represents the riches of the land and yellow is symbolic of minerals. Black represents the continent of Africa. The red triangle located on the hoist side represents the fight for the nation’s independence. The smaller white vertical stripes represent peace. The crossed hoe and rifle are black in color, the open book is white, and the star is colored yellow.

The national flag of Mozambique was adopted in 1983. The design was based on the flag of the Mozambican Liberation Front. The flag was very similar to that of Mozambique’s with the exception of the emblem, which was not present on the FRELIMO flag.

In 2005, the country sought a new design for the flag and held a competition. A winner was selected, although the flag has not been changed to that design and remains the same as the design of 1983.

Mozambique is just one of three nations that features a firearm on its national flag.

Although there has been a call to remove the AK-47 from the flag, the design remains unchanged and proposals to change the flag have been rejected by the nation’s parliament. 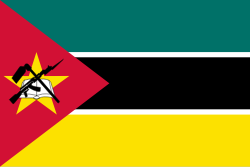 Three equal horizontal columns, with green on top, black in the center, yellow on bottom, all separated by white lines, a red triangle on the far left side with a yellow star holding an AK-47 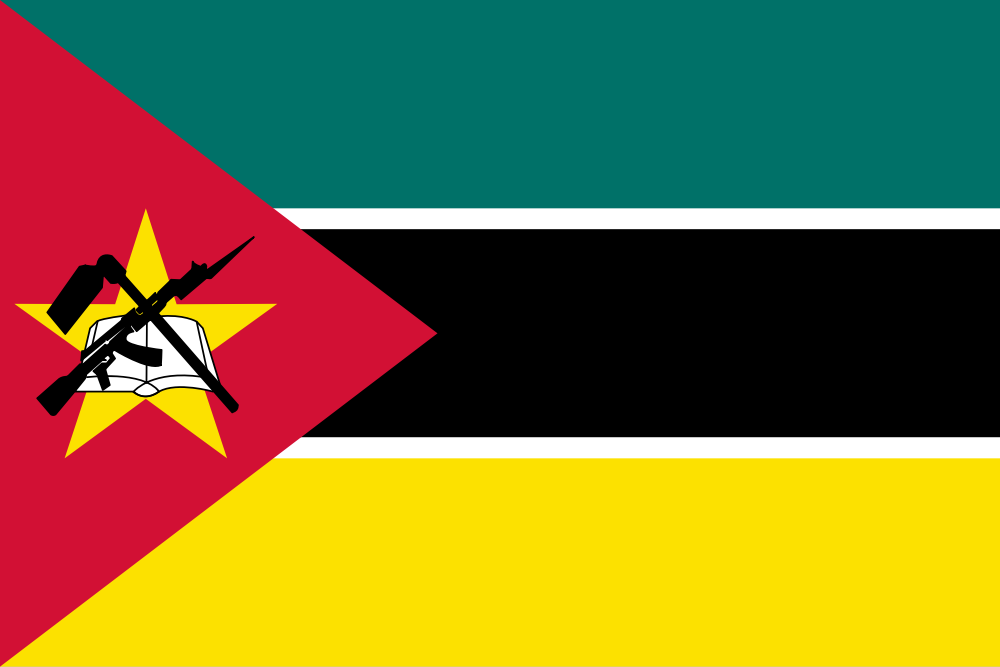