What does the flag of Poland look like? The Polish flag is half white on top and half red on the bottom. This white and red horizontal bicolor flag was adopted on August 1, 1919 and updated on January 31, 1980.

The flag of Poland has a basic design, featuring just two horizontal strips, each of equal width. It is the colors of the stripes that are significant, as they are the national colors that are defined in the constitution of the nation.

Poland adopted the colors of red and white as its national colors back in 1831. These colors were taken from the coats of arms of the nations of the Polish-Lithuanian Commonwealth. The two colors are even defined in the Polish constitution as being the national colors. The design of the Polish flag is quite simple. It features two horizontal bands of equal width, with white as the top color and red below.

Flags have been used in Poland dating back as early as the 10th century. Flags and banners during this time period were used as military and religious symbols.

During the 18th and 19th centuries, countries in Europe used cockades for their military forces and Poland was no exception. However, many different cockades were used until 1831 when a standard was put in place. The white and red cockade went into use during the November Uprising against the Russians. This, combined with the fact that years earlier red and white were chosen as national colors, led to the creation of a red and white flag. A flag bearing these colors was first used in 1916. It was in 1919 – one year after the nation won its independence – that a white and red bicolor flag was introduced as the national flag. There is also a variant of the flag featuring the nation’s coat of arms.

Since 1919, the basic design of the flag has remained unchanged, except for some changes in the legal specifications of the shades of colors used. The flag bearing the national coat of arms has also remained largely unchanged with the exception of changes within the coat of arms itself.

The current Polish flag was adopted in 1980.

Poland’s Flag Day falls on May 2.

The presidential palace and the parliament building continuously fly the Polish flaw.

The variant flag featuring the nation’s coat of arms can be used provided that it is not disrespected. There are no laws prohibiting the use of this flag.

The constitution of Poland outlines the exact color specifications to be used in the design of the flag. 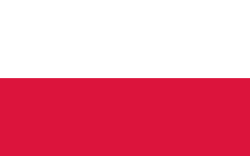 Name
Flag with coat of arms of the Republic of Poland
Colors
Red, White
Adopted
1/31/1980 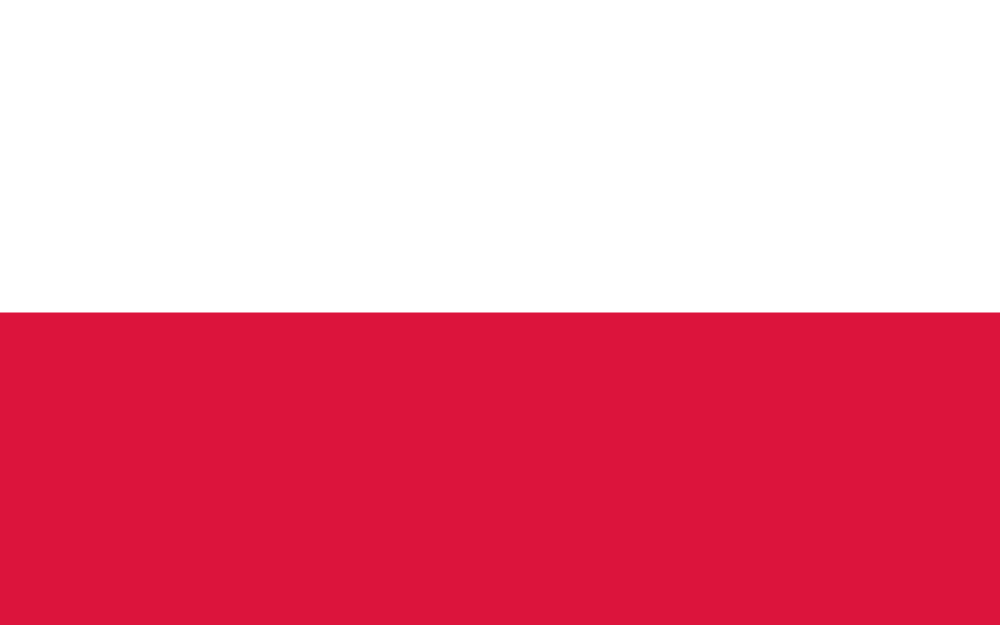