What does the flag of Saudi Arabia look like? The Saudi Arabian flag is green with the Shahada, the Muslim creed, written in Thuluth script in white above a horizontal sword. Saudi Arabia's flag was adopted on March 15, 1973 and the state and war flag and naval ensign.

The colors and design of the Saudi Arabian flag hold symbolism that reflects the values and the history of the nation. The color green is prominently used, and this is known to be the color of Islam. There is also an Arabic inscription of the flag that is the Islamic creed, also known as the shahada. This declaration of faith is translated to mean, “There is no god but God; Muhammad is the Messenger of God.” The flag also features a sword, which represents the strictness of the nation in applying justice.

The national flag of Saudi Arabia features just two colors. The field is green, which is the color of Islam and is used by other Islamic nations in their flags and national emblems. The other color used in the flag is white, which is used for the Arabic inscription and the sword emblem that is located below it.

The use of the shahada on the flags of Saudi Arabia dates back to the 18th century. It wasn’t until 1902 when Abdulaziz Abdulrahman Al-Saud – who would later found the Kingdom of Saudi Arabia – added the sword to the design of the flag. However, there were variants of the sword used on flag until it was standardized in the 1970s. It was on March 15, 1973 when the modern design used today was formally adopted by the nation.

The shahada used on the national flag is considered holy, so it is not used on shirts or other items.

The nation protested against the use of a football used during the 2002 FIFA World Cup that featured the flags of all participants. Officials said that kicking the flag was unacceptable. Later, demonstrations were held after the U.S. military distributed footballs to children featured the Saudi Arabian flag.

Lowering the flag is considered blasphemous in Saudi Arabia, so it is never at half-mast.

There are special flags designed to be hung vertically. However, it is rare for these flags to be found in the country. 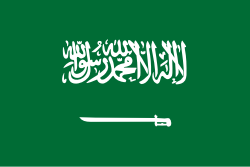 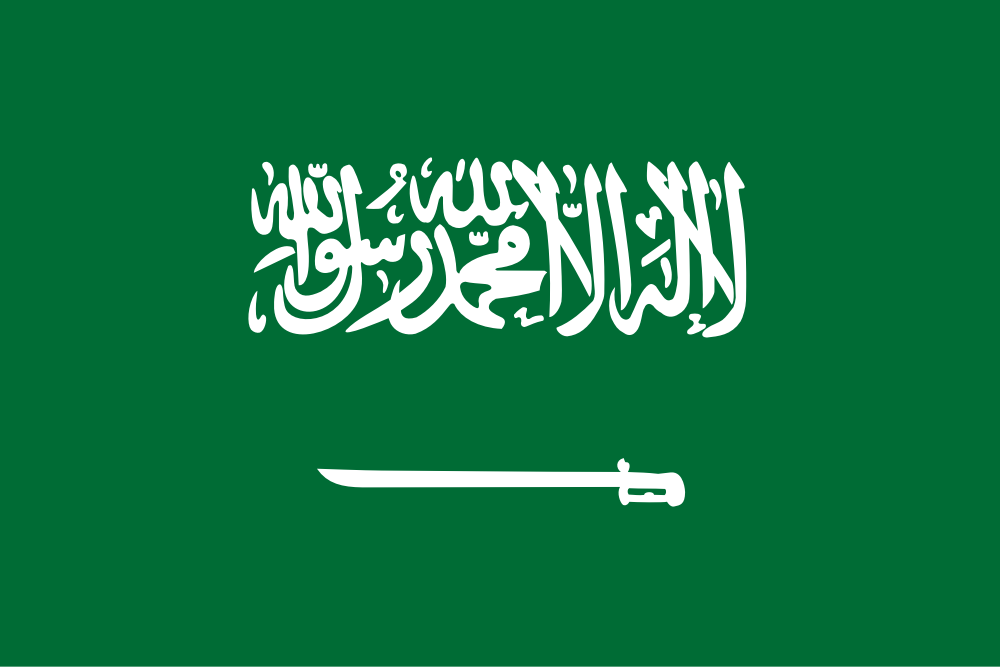