What does the flag of Senegal look like? Senegal's flag is three vertical bands of green, yellow, and red, and there is a green five-pointed star in the middle.

The flag of Senegal has a tricolor design that was inspired by the tricolor flag of France. Even though it has a basic design, the three colors hold great symbolism for the Senegalese people. The colors are designed to represent Islam – which is practiced by the majority of the people of Senegal. The colors are also symbolic of wealth and the product of work and the progress of the economy, as well as the sacrifice of the nation and to determination to fight underdevelopment.

The Senegalese flag features three colors in a tricolor design. There is also a green five-pointed star centered on the flag. The first color is green, which is said to be the color of Islam, which is practiced by approximately 94% of the population. The color yellow is also featured on the flag, and it is a symbol of wealth and the progress of the nation’s economy. The color red is a symbol of both life and sacrifice of the nation, as well as the national determination to fight underdevelopment. The three colors are also representative of the three political parties that merges to form the Senegalese Progressist Union. The colors are also the colors of Pan-Africa and signal unity among other African nations.

When the region that is now Senegal was under the rule of the French, the colony was prohibited from using its own flag because it was thought that this would lead to a call for independence. In the late 1950s, the flag of French Senegal was used. This flag featured a yellow star centered on a green field. This flag was used for just one year.

In 1959, the nation combined with French Soudan to form the Mali Federation. A new flag was adopted, which features green, yellow and red bands with a human figure in the center. This flag was used for just one year.

The federation gained its independence from France in 1960. However, the federation separated in August, and the new nation of Senegal retained the flag with the exception of the removal of the human figure and the addition of the five-pointed star. This flag still remains in use today.

Many other African nations use the same colors featured on the Senegalese flag, including Mali and Guinea.

The French tricolor was the original flag of Senegal. This flag flew over the nation until the new flag was adopted in 1960. 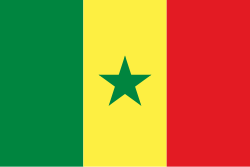 Three equal vertical columns, with green on the left, yellow in the center, and red on the right, with a green star in the center of the yellow column 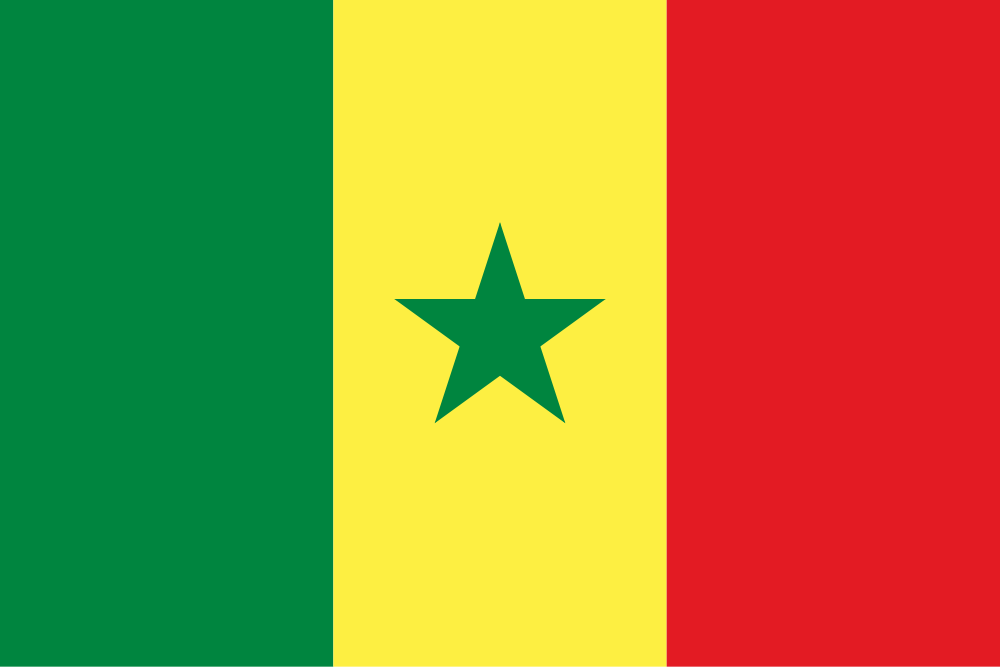