The national flag of Serbia, like many other national flags, features a horizontal tricolor design. In addition to the three equally-sized horizontal bands on the flag, the nation’s lesser coat of arms is featured toward the hoist side.

The colors used in the triband design are traditional Pan-Slavic colors. These colors are said to represent revolutionary ideas. Each color of the flag has special meaning, which we’ll explore in the next section.

Breaking down the nation’s coat of arms shows that there is symbolism in the design of the Serbian coat of arms. The field of the coat of arm symbolizes the state of Servia. The white eagle and fleur-de-lis are symbols of the dynasty. The royal crown above the eagle was inspired by Serbia’s crown of stars. A small red shield in the design is divided into four parts with a Cyrillic C in each corner. These represent Samo Sloga Serbina Spasava, which translates to, “Only Unity Will Save The the Serbs.”

The main colors of the Serbian flag are red, blue, and white. The top red band symbolizes the blood shed in the fight for freedom. The middle blue band represents the Serbian sky. Finally, the white band located along the bottom of the flag represents light.

Even though these are the main colors of the Serbian flag, there are additional colors found in the coat of arms, including yellow, black, and another shade of red.

The modern flag of Serbia was first adopted by the Kingdom of Serbia in 1882. The flag was readopted in 2004, then adopted again in November of 2010.

However, the first known flag of Servia was used during the reign of King Stefan Vladislav in the 13th century. Delegates were requested to bring back a flag that was red and blue. In the 14th century Stefan Decanski used a yellow flag as the region’s war flag. During the reign of King Stefan Dusan, several flags were used, including a triband of red and white and a purple flag with a gold cross in the center.

The tricolor flag of Serbia was used until 1918, when Serbia joined Yugoslavia. The flag was changed yet again featuring the socialist red star.

Bosnian Serbs of the Republika Srpska often fly the Serbian flag instead of the Bosnian flag.

The Serbian Orthodox Church has its own flag, which is a defaced tricolor featuring a Serbian cross.

As is the law in other nations, the Serbian flag must never touch the ground. 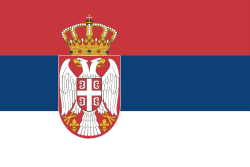 Red, blue, and white horizontal bands with a coat of arms slightly left of the center 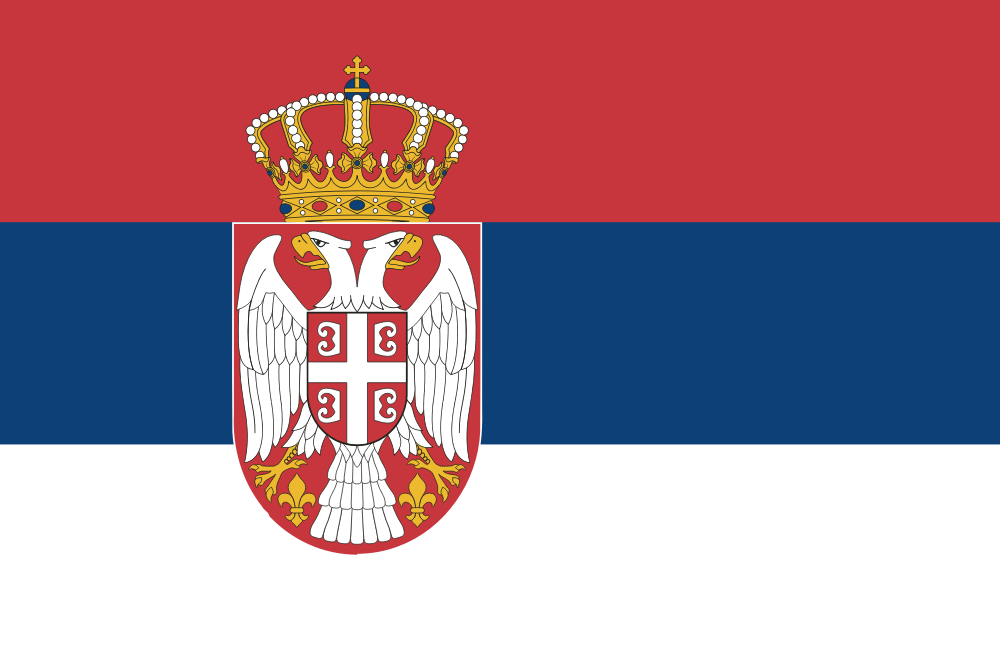