The flag of Slovakia features a horizontal triband design. The colors used on the flag are the Pan-Slavic colors seen on the national flags of other Slavic countries. To differentiate this flag from the flag of the Russian Federation, the national coat of arms was added to the hoist side.

The coat of arms features a Gothic-style shield with a double cross sitting on a three-peaked mountain. The cross design symbolizes Christianity, while the mountain is a symbol of the mountain ranges Fatra, Matra, and Tatra.

As previously mentioned, the flag of Slovakia features the traditional Pan-Slavic colors of red, white, and blue. These colors were based on the flag of Russia, which was inspired by the flag of the Netherlands. These colors not only make up the horizontal triband, but they are also the colors used in the Slovak coat of arms that is featured in the flag’s design.

The national coat of arms was added to the design of the flag in order to differentiate it from the flags of Slovenia and the Russian Federation.

A law outlining the specifications and details of the flag went into effect in 1993.

The triband design of the flag of Slovakia was used as far back as the 1840s. This flag was used by the Slovak Republic, as well as Czechoslovakia. The primary difference in design was that these original flags did not feature a coat of arms. 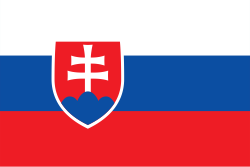 White, blue, and red horizontal bands with a red shield with a white cross on slightly to the left of the center 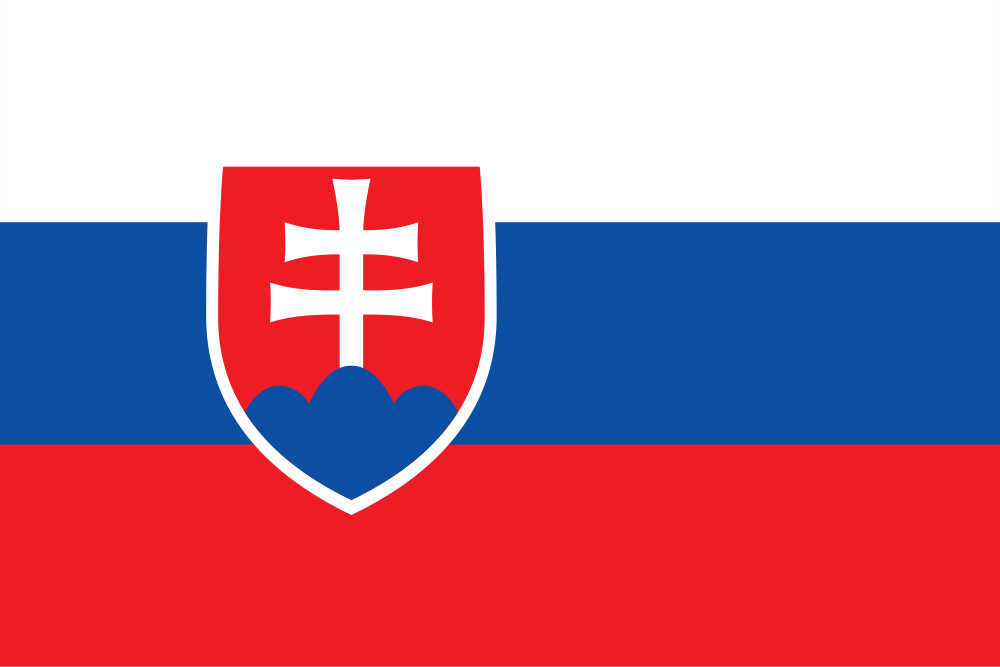