What does the flag of Tunisia look like? Tunisia's flag is red with a red crescent and five-pointed star inside a white circle in the middle.

Flags were previously used in Tunisia as maritime flags on the ships of the Tunis. There were multiple flags used throughout history, and it was in the 19th century when a flag with multiple bands and contours in the colors of red, green and blue was used.

In the 19th century, the flag of the Bey of Tunis was used in the nation. It was used at public ceremonies and was in use until 1957, when the Bey monarchy was abolished. It was during the 19th century when a flag that later led to the modern design used today was put into use. It was determined by the leader of the Husainid Dynasty that a naval ensign bearing a crescent moon and star would be used to distinguish Tunisian ships from other ships. This occurred in 1831, and the flag was adopted, although there are some discrepancies as to the actual date of when the flag was adopted.

Even during the time of the French protectorate, the Tunisian flag remained unchanged. However, the flag of France was placed in the canton during this period, which ran from 1943 to 1956. Once this flag was no longer in use, the original design without the French tricolor was restored and has remained in use to this day.

The flag of Tunisia is flown on all public and military buildings.

There are several occasions when the flag is required to be flown on public buildings, including Independence Day on March 20 and Republic Day on July 25.

Insulting the flag with words, writings or gestures is punishable with one year of imprisonment. 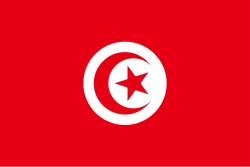 Red background with a white star surrounded by a white crescent 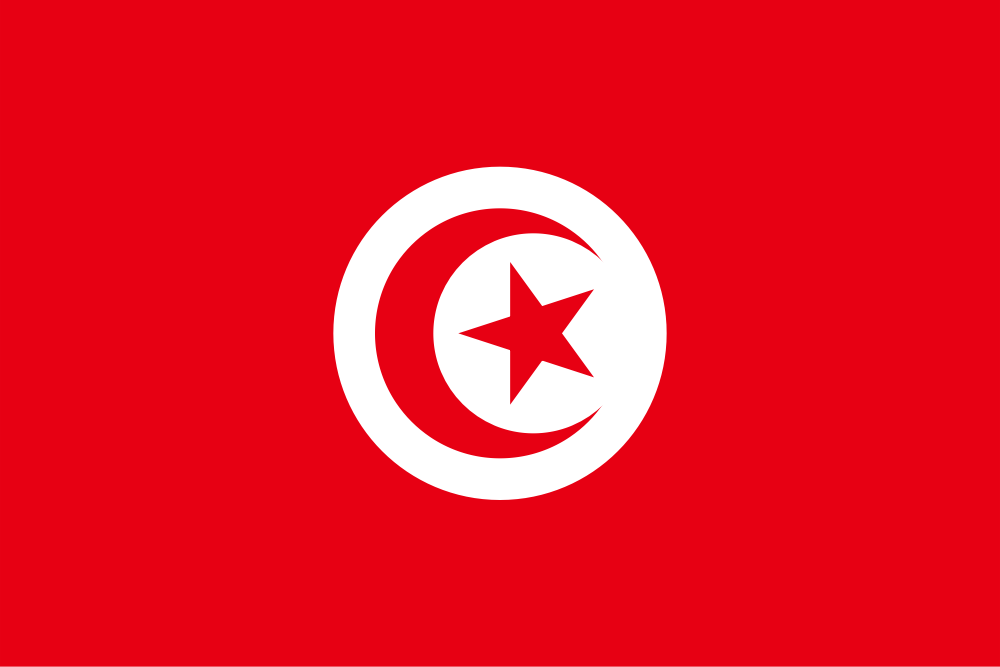