What does the flag of Turkey look like? The Turkish flag is red with a white star and crescent slightly left of the center. Turkey's flag was adopted as the national flag and ensign in 1844 as the Ottoman flag, and became standardized in 1936.

The main feature of the Turkish flag is the white crescent moon and five-pointed star located slightly off center. This design was derived from the Ottoman flag which was first adopted in the late 1700s.

This design has legendary origins. The Ottomans told a tale of a dream of Osman I. As legend goes, the founder of the Ottoman house saw a moon rising from a qadi. A tree sprang from the qadi’s loins, which grew until it covered the world. Underneath, Osman saw the entire world spread out before him, as the legend says. It was because of this that the crescent moon and star symbol was used in the Ottoman flag and later in the flag of Turkey.

The national flag of Turkey features just two colors. The flag has a bright red field, and the crescent moon and five-pointed star are white. The flag is commonly known as al sancak, which translates to “the red banner.” This name is used for the flag in the country’s national anthem.

The flag of the Ottomans that was first used during the 18th century was the inspiration for the Turkish flag of today. When the Republic of Turkey was founded in 1923, it retained the last flag that was used by the Ottoman empire. During the next decade, the Turkish Flag Law was introduced that outlined the specific dimensions of the flag. This law also outlined the exact shade of vivid red that was to be used in the flag. The current flag design was first adopted in 1936 after slight modifications of the Ottoman flag.

Every building owned by the state has at least one Turkish flag on display.

All Turkish military uniforms feature a flag patch. They can be placed on the right shoulder or the front of the uniform.

There is a version of the Turkish flag that is designed to be flown vertically. Many Turkish people bring their flags when celebrating national events including Republic Day. 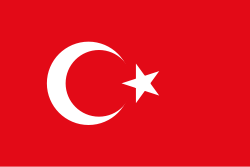 Red background with a white crescent and star 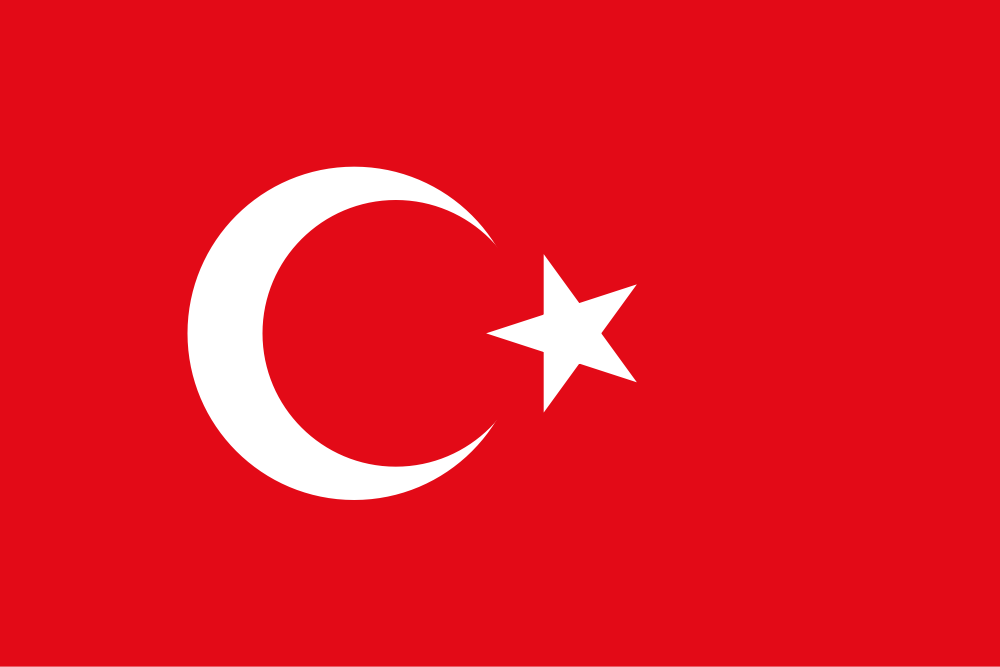