The colors of the flag of the United Kingdom are red, white and blue. These colors are based upon the Saltires and crosses of the patron saints of England, Ireland and Scotland.

During the 16th century, the original flag flown in Scotland featured Saint Andrew’s Cross. Around the same time period, England and Wales flew a flag featuring St. George’s Cross. In Ireland, the cross of Saint Patrick adorned the flag. In the early 1700s, the flag of Great Britain combined St. George’s Cross superimposed on the Cross of St. Andrews. The current design incorporated St. Patrick’s Cross, and this design was first adopted in 1801. The same design remains in use today.

Even though the flag seems to be symmetrical, it is not. The white lines above and below the diagonal lines are of different widths.

The flag is flown on several designated days including the birthdays of royalty, Saint Patrick’s Day, Saint Andrew’s Day and the opening day of Parliament. 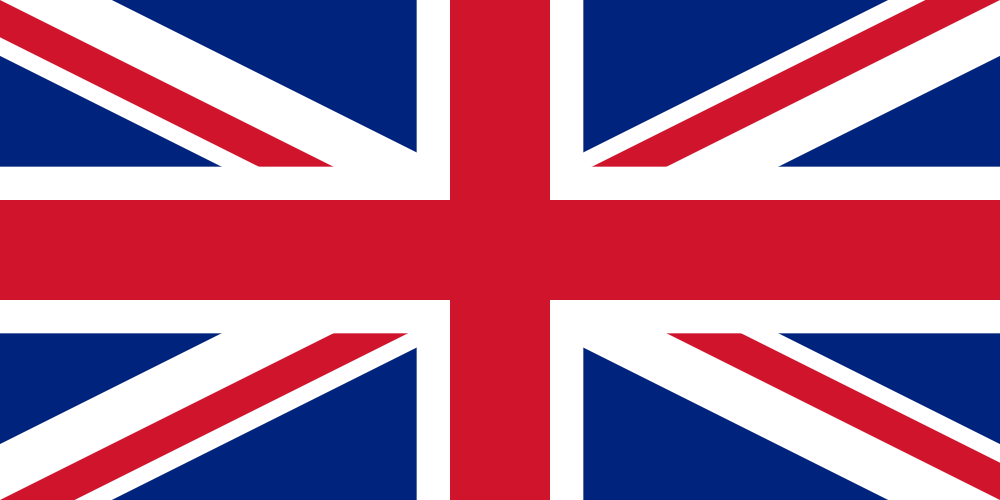