What does the flag of Zambia look like? The Zambian flag is green with an orange eagle in the top right and a block of vertical red, black, and orange bands in the bottom right.

The flag of Zambia uses colors and symbols that hold great significance to the nation. The flag features an eagle which is meant to represent the ability of the people to rise above the nation’s problems. The field represents the flora of Zambia, while the rectangular block of vertical stripes represents the struggle for freedom, the Zambian people, and the country’s national resources. What is most notable about this nation’s flag is that the eagle and vertical strips are located on the outer edge of the flag, whereas most national flags keep their emblems and symbols centered or on the hoist side.

There are four colors used in the Zambian flag. Green is the color of the field, and it symbolizes the lush land of the nation. There are three vertical stripes located in the lower right corner. Red is symbolic of the fight for independence. Black is symbolic of the people of the national. The orange stripe represents the mineral wealth and the abundant natural resources of the country. The eagle that is located above the stripes is also orange in color and, as previously mentioned, represents the citizens’ ability to rise over the problems that the country has faced throughout the years and into its future.

The first official national flag of Zambia was adopted during the 1960s. Prior to this, the flag of the British South Africa Company was used beginning in the late 19th century. This flag featured a Union Jack design with an emblem in the center. This flag was used by the nation until 1924. When the nation went under rule of the British Protectorate, the flag of Northern Rhodesia went into use. This flag was used from 1924 through 1964.

When the nation gained its independence in 1964, a new flag was adopted. This flag was almost exactly identical to the one in use today with the exception of a shade of green that was slightly darker and an eagle design that was slightly different. The color was modified in 1996 to create the flag that is still being used today.

In 1996, the flag was modified to not just change the shade of green in the previous flag but to also alter the eagle to make it more similar to the one that is found on the nation’s coat of arms.

The design of the flag, including the exact shades of colors, have been outlined in the National Flag and Armorial Ensigns Act.

Individuals and institutions not already approved for flying the flag must get written permission from the Minister to fly the flag, except for public holidays and other occasions designated by the Minister. 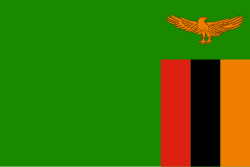 A green background with three equal vertical stripes red, black and orange, in the bottom right corner, beneath an orange eagle 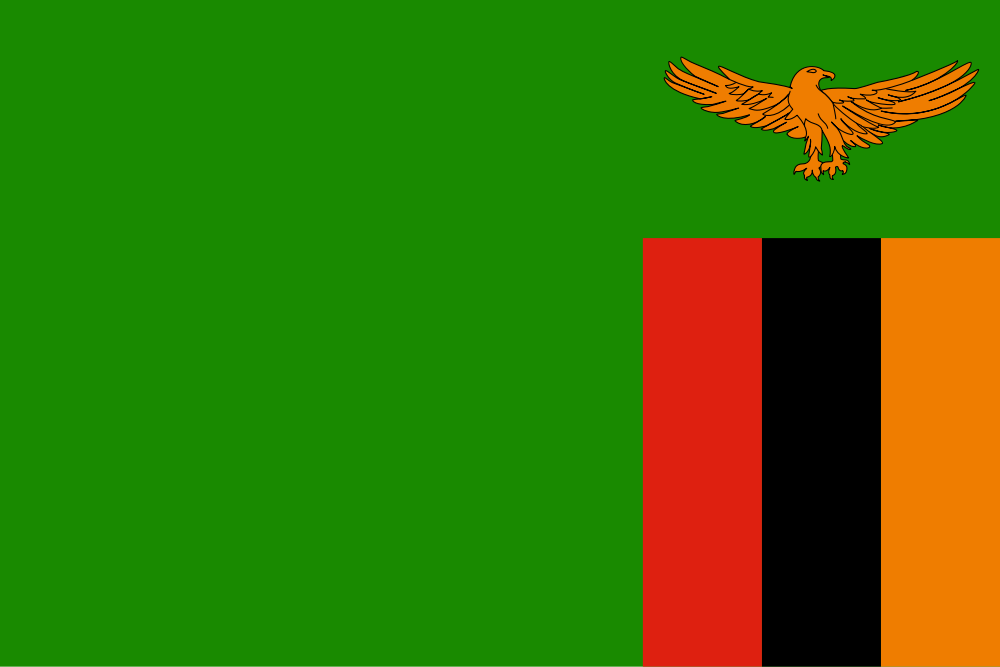