Indiana has become increasingly diverse in recent years when comparing the 2000 Census results with the 2010 results. Its Hispanic population is rapidly growing, and is the fastest growing minority in the state. Data from 2011 showed that over 28% of children under the age of 1 were classified as minorities.

Indiana has also seen an increase in the population of its black and African American residents. While black residents are scattered throughout cities all over the state, about 62% of the black population resides in just two counties: Marion and Lake. In fact, among these counties, black residents account for over 25% of the total population.

The primary ancestries of Indiana residents include German, with almost one-quarter of the population claiming this ancestry. The state also has a sizable amount of inhabitants of English and Irish descent. 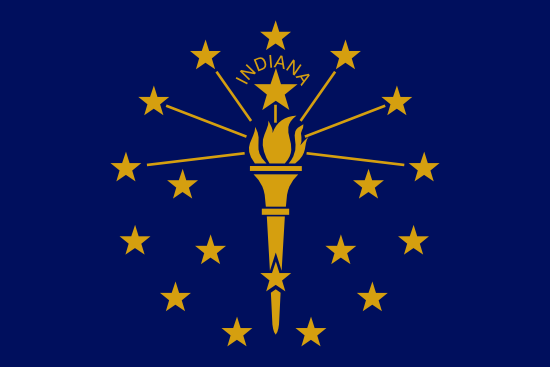 The highest rate of high school graduation is among white people with a rate of 91.2%.

The highest rate of bachelors degrees is among asian people with a rate of 57.45%.

91.23% of Indiana residents speak only English, while 8.77% speak other languages. The non-English language spoken by the largest group is Spanish, which is spoken by 4.62% of the population.

The race most likely to be in poverty in Indiana is Multiple, with 48.25% below the poverty level.

The race least likely to be in poverty in Indiana is White, with 14.3% below the poverty level.