The State of Massachusetts played a significant part in the early history of the United States. Situated on the northeastern edge of the country, this tiny territory contains the town of Plymouth, home to the Pilgrim colony of 1620, and as one of the first settled states, the population statistics have always been healthy.

The state has two major metropolitan areas: Greater Boston in the east and the Springfield metropolitan area in the west. Approximately 2/3 of the total Massachusetts population lives in Greater Boston, while Western Massachusetts has just one urban area with a good mix of rural areas and college towns. The state is currently the most populous of the six New England states, as well as the fastest growing.

Massachusetts was one of the 13 original States. Maine was legally part of Massachusetts from early Colonial times, although geographically separated; Maine became a separate State in 1820, leaving Massachusetts with nearly its present boundaries. A long-standing border dispute with Rhode Island was finally settled with a sizable exchange of territory in 1862. Census coverage included all of Massachusetts from 1790 on. The counties comprising Maine were reported separately in 1790-1810.

According to the most recent ACS, the racial composition of Massachusettswas:

The earliest set of recorded population figures can be traced back to 1790, and after 170 years of colonization, there were already plenty of people living in Massachusetts. That early census confirmed that 378,787 people were residents in the state.

The population of Massachusetts continued to grow, but unlike many other states in the country, which often had absurdly large increases of several hundred percent in a single decade in their early years as settlers headed West, the increases in Massachusetts were fairly steady. While other areas of the United States doubled in size on a census by census basis, Massachusetts had grown by 11.6% in 1800 to a figure of 422,845.

Population increases of a similar nature (in the order of 20% per decade on average) were experienced throughout the 19th century. By 1860 the numbers had breached the 1 million mark for the very first time. By the end of the century, they had passed 2.5 million. The 20th century has seen a gradual decline in growth rates, from around 20% per decade at the start of the century to around 5% per decade today, resulting in the Massachusetts population in 2016 exceeding 6.7 million.

The last official census in the United States was carried out in 2010 and at the time, it was confirmed that 6,547,629 people were living in the state, which represented a rise of 3.1% over a ten-year period.

Estimated figures were released in July 2015, claiming that the Massachusetts population has risen to 6,794,422, making this the 14th most populous state in the US.

Looking at population growth throughout the 20th century, there is an indication that rises within Massachusetts are slowing down. Natural growth remains healthy, however, and there are no reasons to suggest that the Massachusetts population will decrease anytime soon.

The population of Massachusetts has continued to climb over the last few decades, although it has been at a slower pace than most states in the West and South. The last census showed a growth of 3.9% since 2000, compared with almost 10% nationally. The state has been slowly transforming from a manufacturing-based economy into one based on technology, which leaves fewer job options for lower-skilled workers, and many residents have left the state citing high housing and living costs.

The 2020 Census will be interesting to watch, as it is possible that the Massachusetts population will have crept over the seven million mark. However, experts project that the population at the next Census will remain around 6.7 million, while 2030 may see a population of 6.8 million.

Based on percentages taken from the 2010 US Census, Massachusetts has the 10th largest percentage of Asian Americans in relation to total population.

The non-Hispanic white population of Massachusetts has declined to its current level from almost 85% in 1970. Interestingly, a large number of African-Americans migrated to the state during the early 20th century, although in fewer numbers than most other states in the area. Later in the century, there was a great deal of immigration to the area from East Asia, Africa and Latin America. Today, Massachusetts has the 3rd largest population of Haitians in the country, with a large population of Portuguese as well. 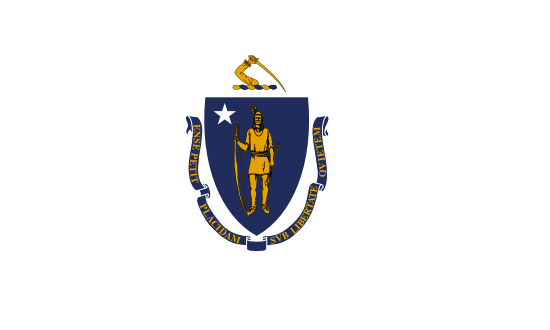 When evaluating data from the 2010 Census and 2015 estimates taken by the Census Bureau, the state of Massachusetts saw overall growth in population by county with the exception of three counties. While there weren't any counties with significantly high growth that exceeded 10%, there were a few that exhibited growth rates above 5%. This includes the southernmost county of Nantucket, which grew by 7.49%, followed by Suffolk County at 7.29% and Middlesex County at 5.17%. Other counties that saw growth rates below 5% include Essex, Plymouth, and Norfolk.

On the other side, there were a few counties that had decreases in population, but there are only three. The highest decline came on the western border, with Berkshire County posting a 2.63% population decrease between 2010 and 2015. Franklin County recorded a smaller decline at 0.99%, followed by Barnstable at 0.74%.

Massachusetts Educational Attainment by Sex (over 25)

The highest rate of high school graduation is among white people with a rate of 94.17%.

The highest rate of bachelors degrees is among asian people with a rate of 61.07%.

76.16% of Massachusetts residents speak only English, while 23.84% speak other languages. The non-English language spoken by the largest group is Spanish, which is spoken by 9.13% of the population.

The race most likely to be in poverty in Massachusetts is Hispanic, with 24.54% below the poverty level.

The race least likely to be in poverty in Massachusetts is White, with 6.86% below the poverty level.

Massachusetts Married by Age and Sex