What does the flag of Argentina look like? The flag is divided into three equal horizontal bands in light blue and white, and it has the Sun of May centered on the white band. The current version of the Argentina flag was standardized in 2012 while the original was adopted on February 27, 1812.

The flag of Argentina boasts what appears to be a pretty simple design. However, this design has much symbolism and significance behind it. The flag features a triband in blue and white. The blue and white colors of the flag were selected by Manual Belgrano, who led the revolution against Spain. These colors are meant to symbolize the blue sky opening up to reveal white cloud. This was said to have occurred during the Liberation demonstration in 1810.

The flag also features the “Sun of May” which was later added to the original design. This is a golden sun emblem that Diego Abad de Santillan, a historian, says represents the Inca sun god Inti.

The Argentine flag features three colors. The background features a horizontal triband that is made up of two light blue stripes (one on the top and one on the bottom) and a white band that runs through the centered. The flag also features a golden Sun of May emblem that is centered on the white band.

Argentina’s flag dates back to the Argentine War of Independence. It was during this time that Manuel Belgrano, who was the leader of the revolution, saw that royalists and patriots were using Spain’s colors of yellow and red. It was at this time that he decided to create the Cockade of Argentina, which was approved in 1812. Just days later, he created a flag using the same colors. This flag was first flown on February 27 of 1812. This flag used the same colors as the modern flag but did not have the Sun of May emblem.

Although the cockade was approved by the First Triumvirate, the flag was not. The Second Triumvirate did not designate the flag as a national flag, but it did approve it for use as a war flag. It wasn’t until 1816 when the Congress of Tucuman declared the flag as the national flag. Two years later, the Sun of May was added.

Flag Day in Argentina is held on June 20. This was sanctioned by President Roberto Ortiz in 1938.

Common belief is that the white and blue colors are used to represent the sky and the clouds. However, some historians attribute the colors to the House of Bourbon.

The Sun of May is a replica of an engraving found on the first Argentine coin.

The Argentine flag has served as inspiration for other flags, including the flag of the United Provinces of Central America and the flag of Peru.

There are three anthems written for the Argentine flag. 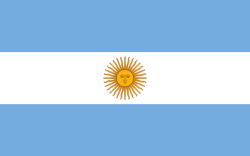 Three equal horizontal columns, blue on top and bottom and white in the center with a yellow sun centered in the white column 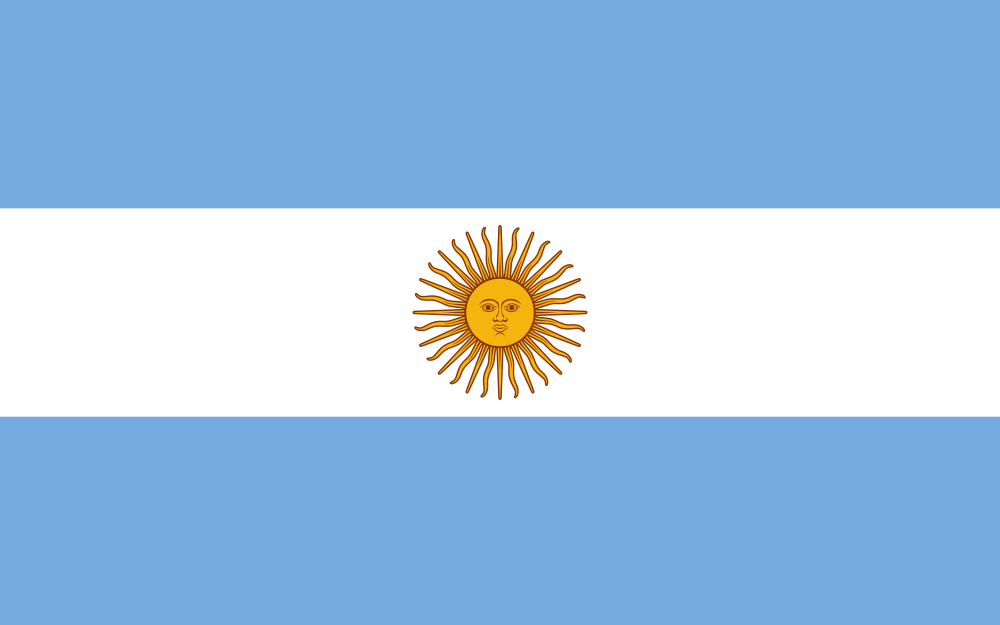