What does the flag of Kenya look like? Kenya's flag is a horizontal tricolor of black, red with white edges, and green. There is a red, white, and black Maasai shield in front of two crossed white spears. The Kenyan flag was adopted on December 12, 1963 as the national flag and the civil and state ensign.

There is significant symbolism in both the color and the design of the Kenyan national flag. The design is based on the flag of the Kenya African National Union, which led the fight for the independence of Kenya. Once the country achieved independence, elements symbolizing peace and unity and the defense of the nation were added. The colors of the flag represent the blood shed during the fight for independence, the country’s land and natural wealth, and the people of the nation.

Kenya’s flag features four colors: black, red, green and white. There are tricolor bands of black, white and red in the background, with the red edged in white. A red, black and white traditional Maasai shield and two spears are centered on the flag. The color green represents the landscape and natural wealth of Kenya. The color black symbolizes the Kenyan people. Red represents bloodshed as the country fought for its independence, and white stands for peace and unity. The shield and spears are symbolic of the nation’s defense of all of these elements.

The flag of Kenya was originally designed based on the flag of the Kenya African National Union, which led the fight for the independence of the nation. Once the nation gained its independence, the white representing peace and unity and the shield symbol were added. The flag was first adopted in 1963. The design has remained unchanged since that time.

The Kenya National Archives specifies the exact colors to be used for the Kenyan flag.

Nairobi County in Kenya has its own flag.

There are several variants of the Kenyan flag for its defense forces and executive leaders. 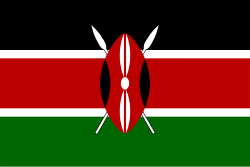 Three equal horizontal columns with black on top, red in the center and green on bottom, with a red beetle in the center 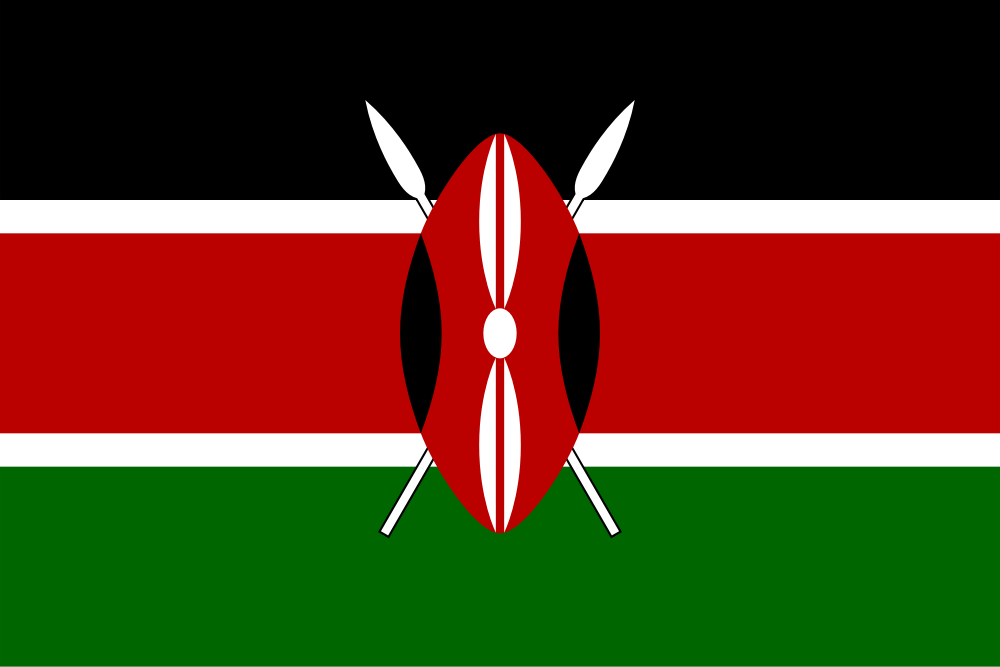