What does the flag of Nepal look like? Nepal's flag is two overlapping red triangular pennants with a large blue border. There is a white sun rise over a horizontal crescent moon on the top triangle, and there is a white twelve pointed sun on the lower triangle.

Everything in the Nepali flag has meaning, from the shape of the flag to the colors and the symbols. The most unique thing about this flag is that it is the only flag in the world that is not a quadrilateral. It is made of two pennants, and this design is meant to represent the Himalayas. The colors symbolize the national flower of Nepal, bravery, harmony and peace. The flag also features a sun and crescent moon. The crescent moon symbolizes the calmness and purity of spirit of the people of Nepal, and the sun represents their resolve. These symbols also represent the cold of the Himalayas and the heat of the lowlands. Together, the two symbols are meant to symbolize the longevity of the country.

The two pennants are crimson red, the national color of Nepal and the color of the national flower, the rhododendron. The flag also features a blue border, which is designed to represent peace and harmony. Finally, the sun and crescent moon symbols are white in color.

The Nepali flag’s current design was adopted in 1962. Prior to this, the original flag used beginning in the 19th century had a similar design. However, the exception is that the original flag featured faces on the sun and moon. These faces were removed to give the flag a more modern look. The pennant design is based on the pennants that have been used in the nation for thousands of years.

Nepal is the only nation with a flag that is not a quadrilateral shape.

The flag of Nepal has several nicknames, including Triangle Flag and Chandra ra Surya.

The description of the flag, including the ratio, is outlined in the Constitution of the Kingdom of Nepal. 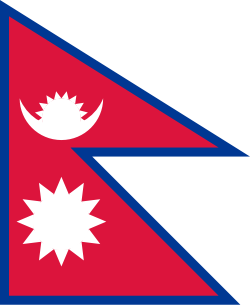 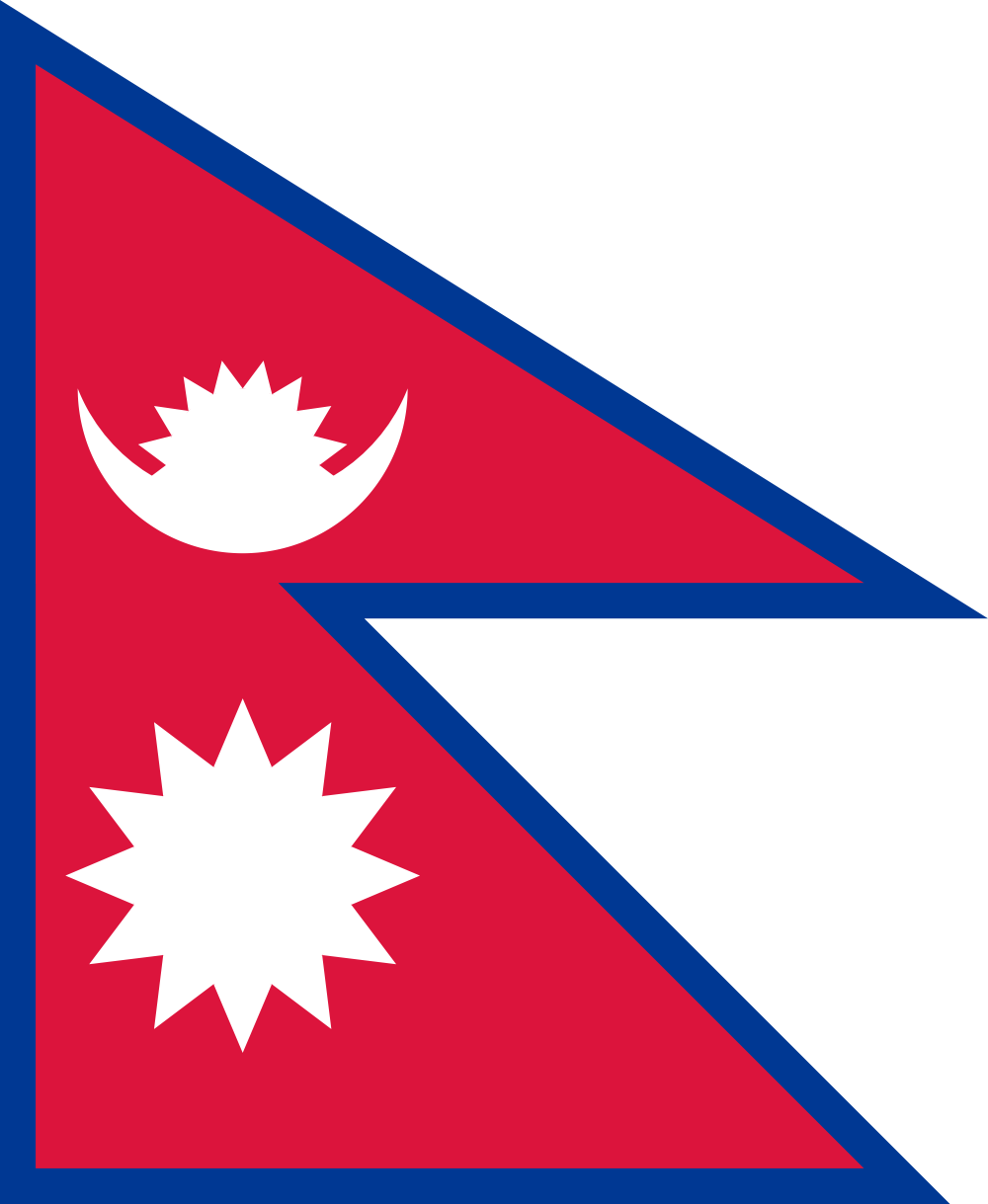