What does the flag of Nigeria look like? The Nigerian flag is a vertical triband of green, white, and green. Nigeria's bicolor triband flag was officially adopted on October 1, 1960 as the national flag.

As previously mentioned, the Nigerian flag has just two colors: green and white. Green represents natural wealth, while white represents peace. There are several variants of the Nigerian flag. This includes the state flag, which features the same design but with the nation’s coat of arms located in the center. There is also a civil ensign that features the green and white bands in the canton and a red field. The state ensign is very similar to the civil flag, with the exception of the blue field replacing the red.

Nigeria’s flag design is based upon the design created by Michael Taiwo Akinkunmi. A competition to design the flag was held in 1959, and Akinkunmi—then a 23-year-old college student—designed a flag very similar to the modern flag, with the exception of a sun badge located in the center. The design was chosen as the winner and was altered to remove the sun badge. It was first flown on October 1, 1960 when Nigeria became independent from the United Kingdom, and the original design still flies today.

Nigeria has special flags for civil and naval vessels. Some states in the nation also have their own flags. 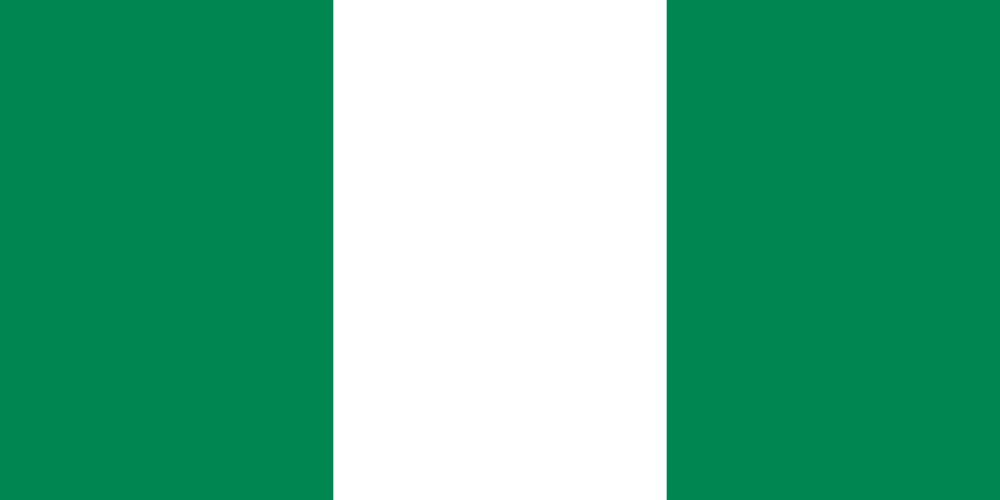