The flag of Paraguay is truly unique. This is because the flag has two similar but different designs on the obverse (front) and reverse (back) sides. Both sides feature a horizontal triband of three colors. However, the front side of the flag features the national coat of arms, while the reverse side features the seal of the treasury.

The coat of arms, which features a star, palm wreath, and olive leaves in its design, represents the independence of the nation. The colors of the flag are thought to be inspired by France’s flag and the liberty and independence the French tricolor represents.

The main colors of the national flag of Paraguay are red, white, and blue. These are used in the triband design, with red on top, white in the center, and blue on the bottom. These colors are believed to have been inspired by the flag of France.

The national flag of Paraguay was originally adopted in 1842. However, the flag was revised to its modern design on July 15, 2013 by simplifying the coat of arms. This has not been the only flag used by this nation, however.

The Colonial flag of Paraguay was used in the 16th century through the beginning of the 18th century. It featured a red cross on a white background. The design was modified significantly in 1700 until nearly the end of the century and featured the coat of arms. The next several decades saw many different flag designs. In 1812, the tricolor flag was used until 1826. In 1842, the flag was changed t the tricolor featuring the coat of arms and went through several design changes until reaching its current design in 2013.

The triband design of Paraguay’s national flag was inspired by the Dutch and French flags.

Paraguay is one of the only nations in the world to feature a flag with a different design on each side.

Three horizontal bands of red, white, and blue with the National Coat of Arms in the center of the white band 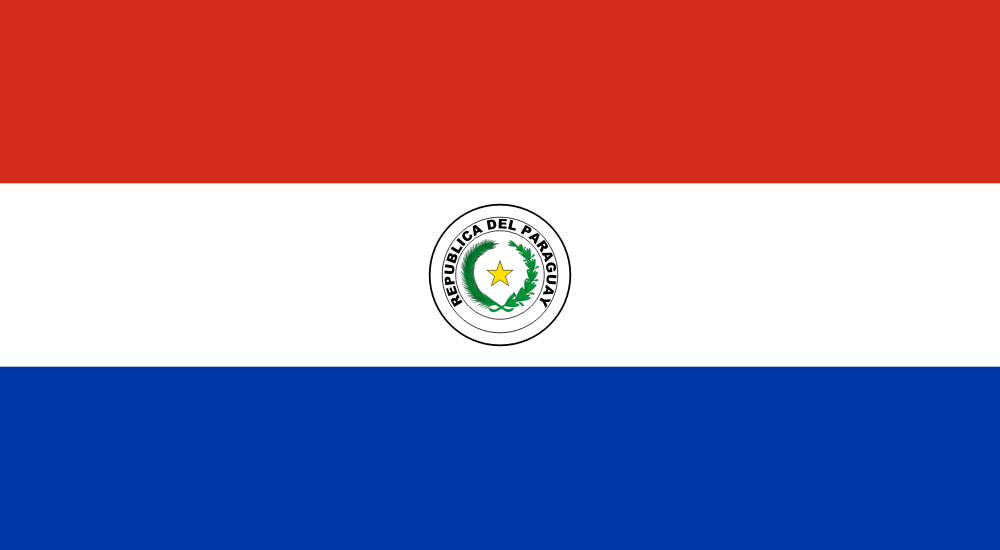