What does the flag of Romania look like? The Romanian flag is three equal-sized vertical bands of blue, yellow, and red.

Like many other nations, Romania’s national flag is of a basic tricolor design. However, even though the design is simplistic, there is significant symbolism behind the colors chosen for the flag. The use of these colors date back to the Wallachian uprising in 1821. During this time, it was determined that the colors used in what would one day be adopted as Romania’s national flag represented liberty, justice and fraternity.

The flag of Romania features three colors in its tricolor design. Blue is located on the hoist side. The blue is said to represent liberty. The center band is yellow in color and symbolizes justice. Red is the final band, and it represents fraternity of the nation. The official colors outlined in Romanian law designate the shades used to be cobalt blue, chrome yellow and vermilion red.

Romania has had several national flags used throughout its history, but all have used the same colors and similar designs. The flag used in the mid-19th century was a horizontal tricolor design of blue, yellow and red. This was later changed in 1862 to reverse the positioning of the red and blue bands. It was in 1866 when the vertical tricolor flag was introduced. This flag was used through 1948 until the communist era. The flag used in 1948 featured the same vertical tricolor bands as the previous flag with the addition of the country’s emblem. A total of four flags were used during the communist era, each with slight modifications to the emblem. Following the communist era, the flag first used in 1948 was adopted again in 1989 and has flown in the country ever since.

The description of the flag and its exact colors are outlined in the Constitution of Romania.

Romania’s flag is similar to the civil flag of Andorra.

The flag is also very similar to the flag of Chad, except that the shades of blue are different. Chad asked the United Nations to look into the issue back in 2004, but no changes were made.

Disrespect of the Romanian flag is against the law and will result in a fine for the offender.

June 26 has been designated as the Day of the National Flag of Romania. 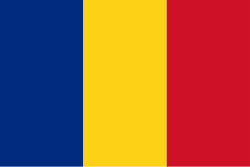 Three equal vertical columns, with blue on the left, yellow in the center, and red on the right 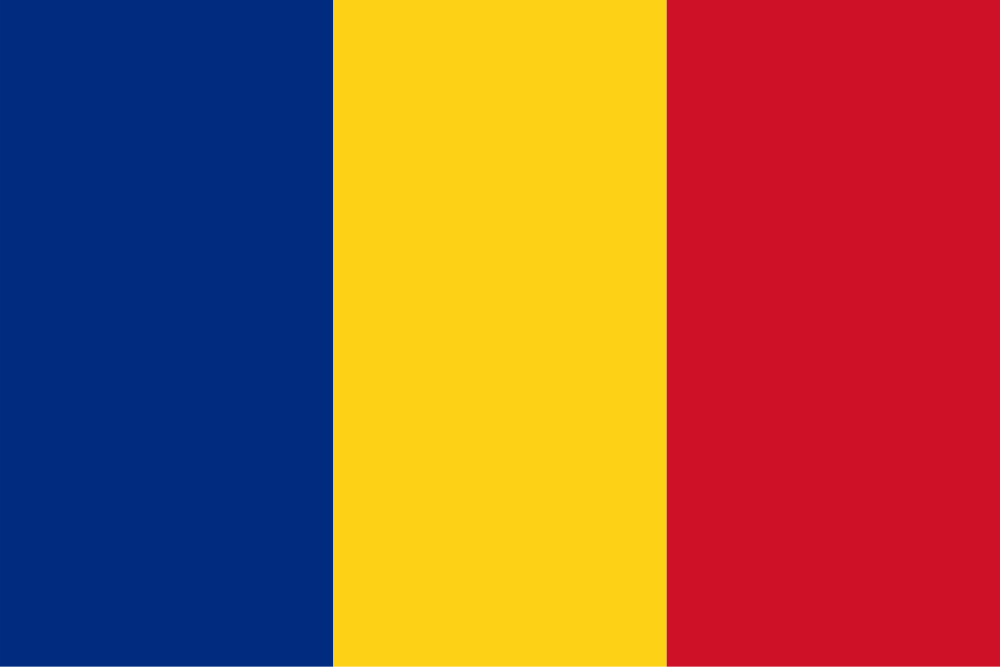